It’s been a rough week with school closings and the kids running around SNAPP Headquarters. But, I’m back on the mic 🎤 again!

It’s been a pretty slow week on the App Store so far. Luckily, Throne Quest released! Throne Quest is a “language-less, seem-less open-world action role playing game” (that’s a mouthful) by Valowere. Any fans of the 9th Dawn series will most likely love this one. If you’re on the fence, I recorded a SNAPPshot of the game in action. 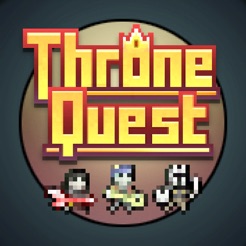 Throne Quest is also in this week’s SNAPP Roundup!

@hashtagNOEN (still getting used to the mic)