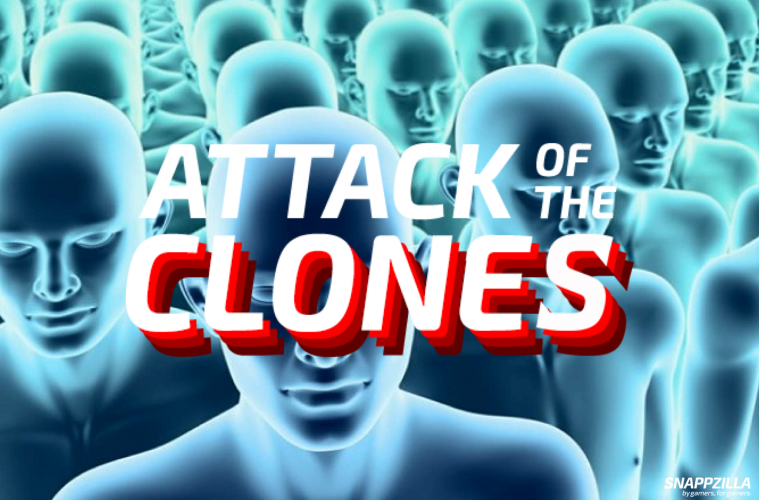 
(While digging through the App Store day in and day out, we run across NUMEROUS clones, cash-grabs, and blatant ripoffs of other games. We’ve become so used to them that we tend to look over them without blinking an eye. Attack of the Clones is our way of calling them out.)

Here we are at the end of another release week. (Hey! Can I say it here?? IT’S FRIDAY GLITCHES!!) We’ve had a ton of great games launch this week. Of course, that always means that we get graced with a bunch of “other stuff” on the App Store. Yes, it’s time to point out this week’s “SOTW” (Shames Of The Week). The ripoffs and cash-grabs that snuck in trying to get those oh so juicy downloads from someone else’s work. 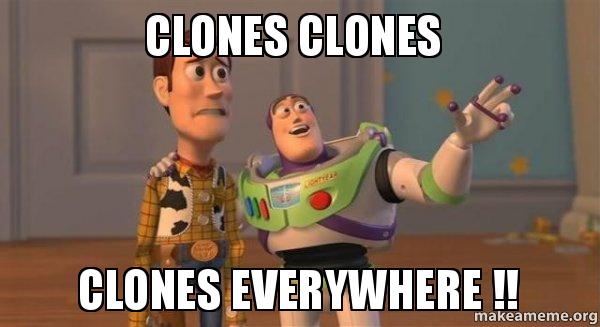 Unfortunately, here is this week’s Attack of the Clones………….. 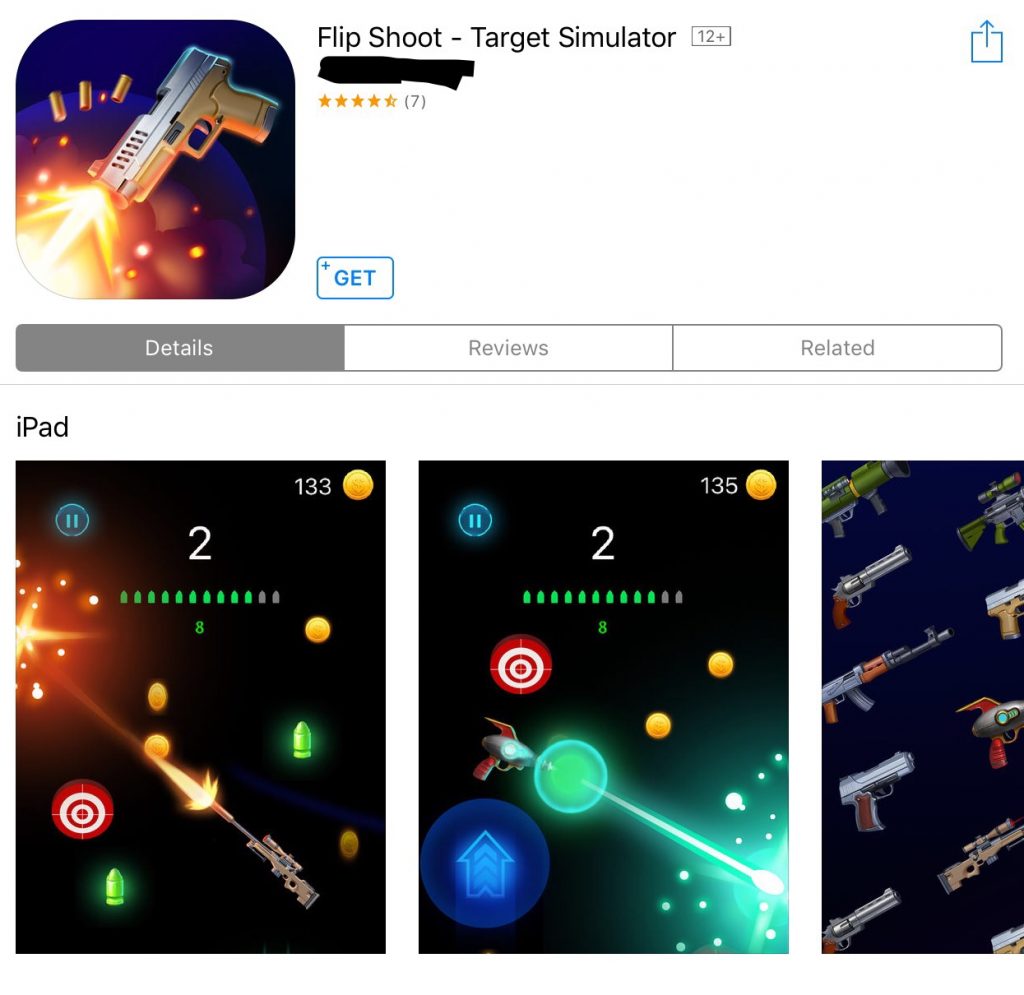 First up this week are these gun flipping games. Flip Shoot is just one of many that released this week. I’m not 100% sure which game released first. The first time I came across the game was when Flip the Gun by Playgendary released back in early February of this year. Once the game went viral, all hell broke loose with the cloney clones. 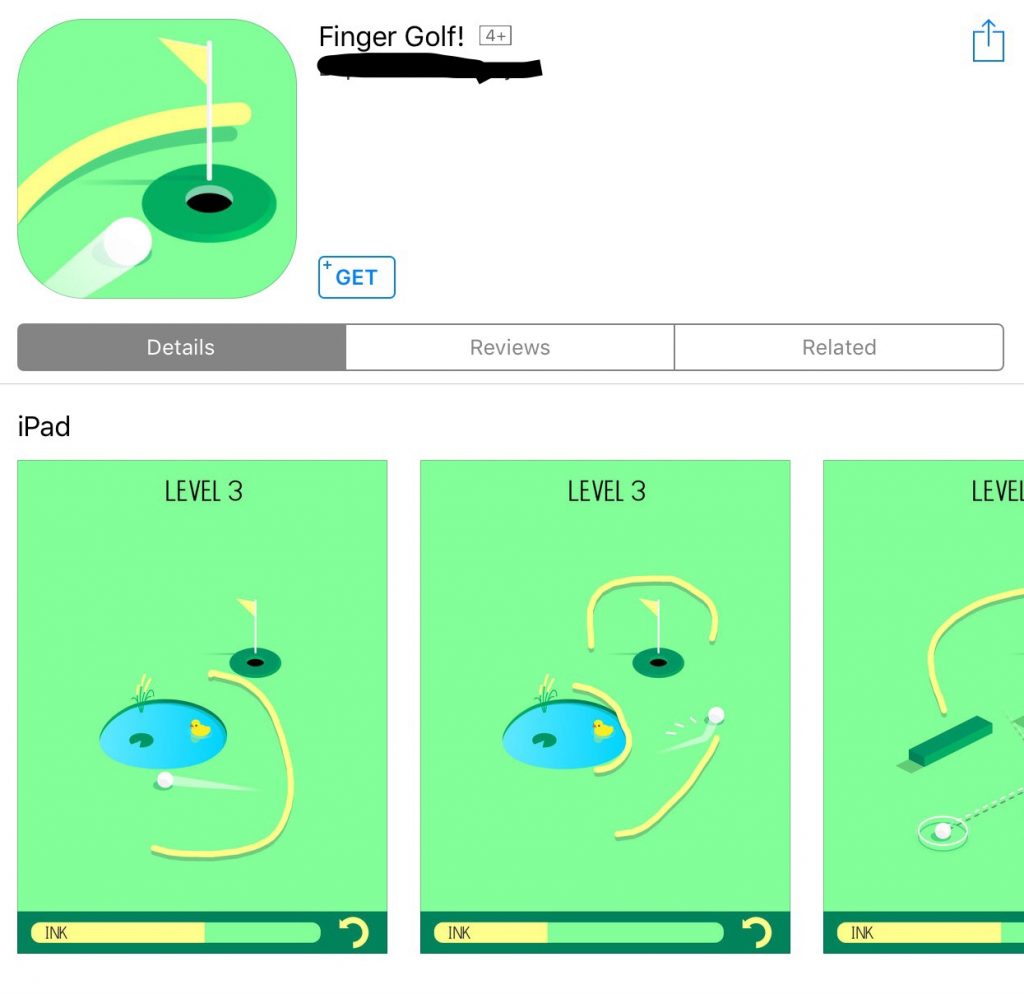 Next game that released is Finger Golf. At first glance, it looks like a solid  arcade-y golf game. What’s bad is that is a complete ripoff of the game, DROLF  that released and was featured a couple weeks ago. 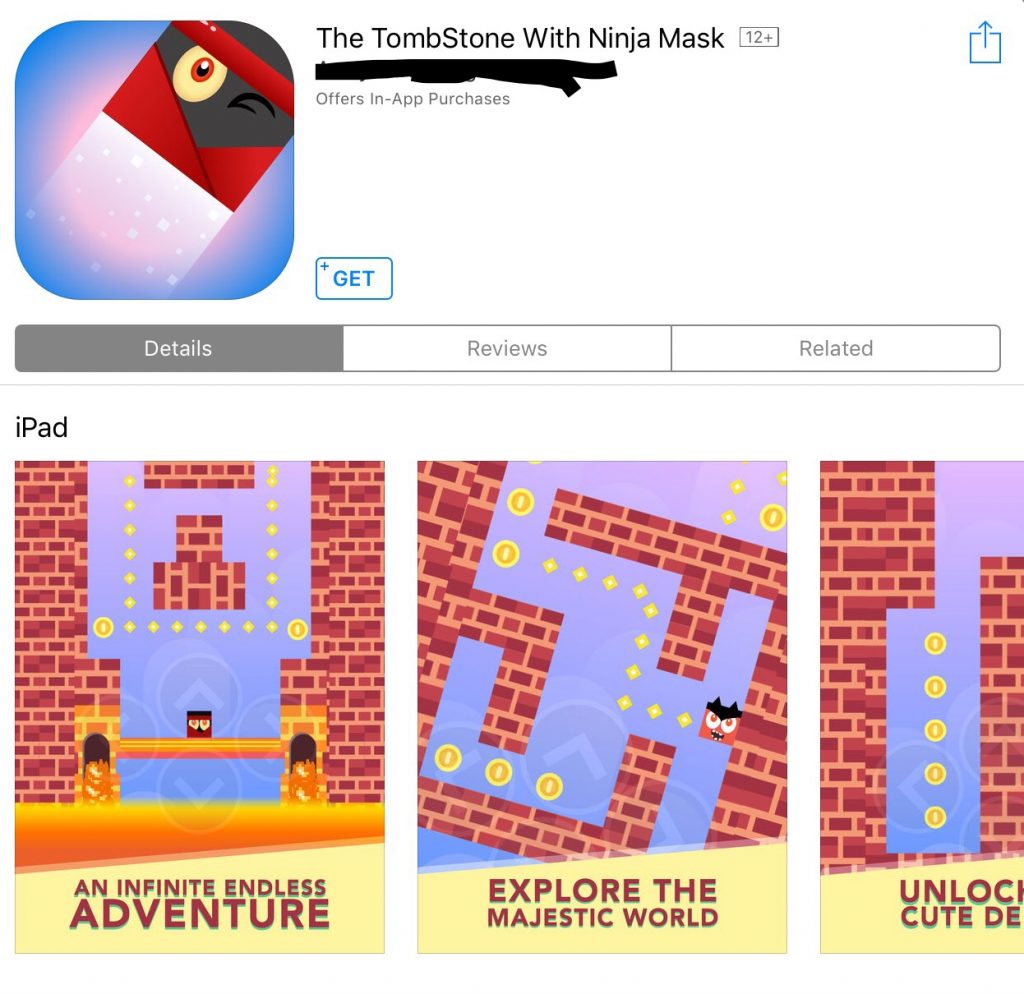 Next release is The Tombstone With Ninja Mask. This one has a VERY close gameplay style to Tomb of the Mask by Playgendary. Hell, even the title of the game is “inspired” by the original. If you look at the screenshots of both games, you’ll even notice that the descriptions are copied also. Shame shame shame. 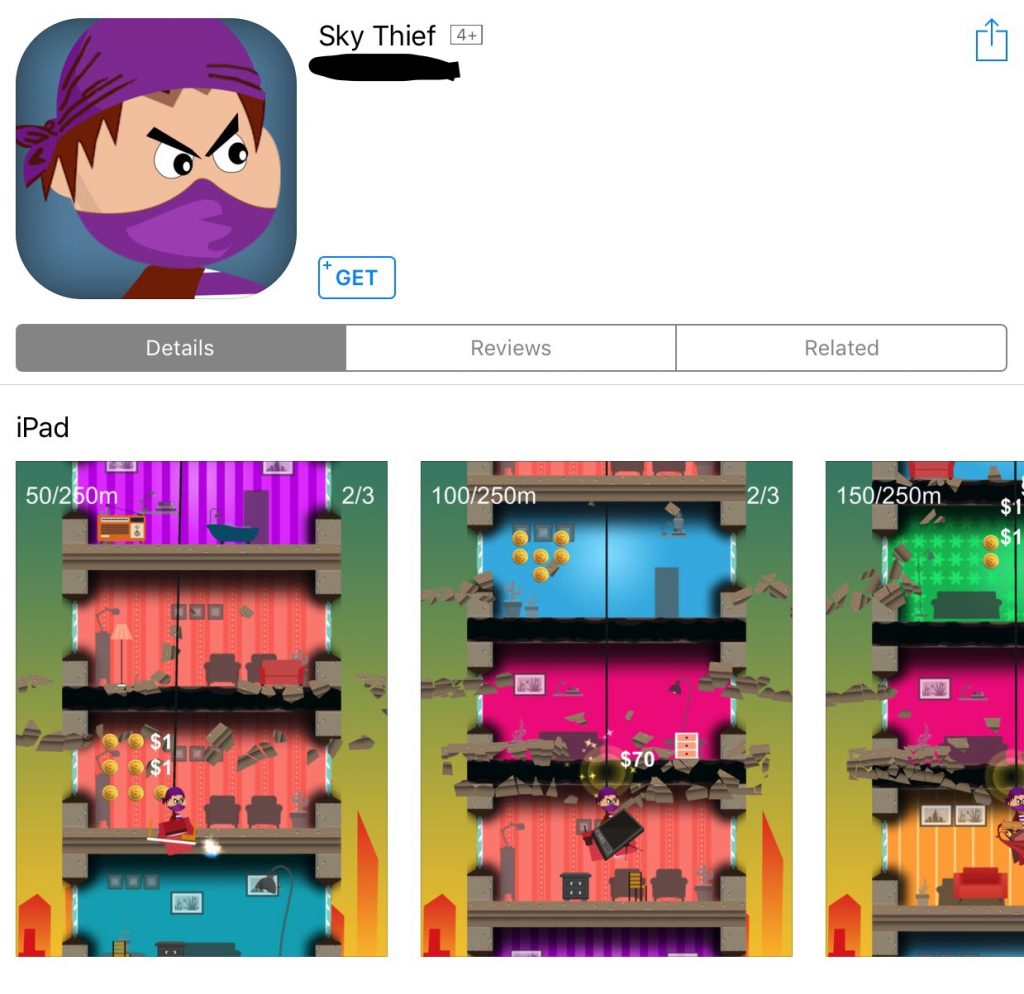 Next game that released this week is Sky Thief. This one would be a little tough to pick up on if you’re new to mobile gaming, but it’s a complete ripoff of Daddy Was A Thief by Rebel Twins. I highly recommend that one! They should have called this game, “Developer Was A Thief” instead. ZING! 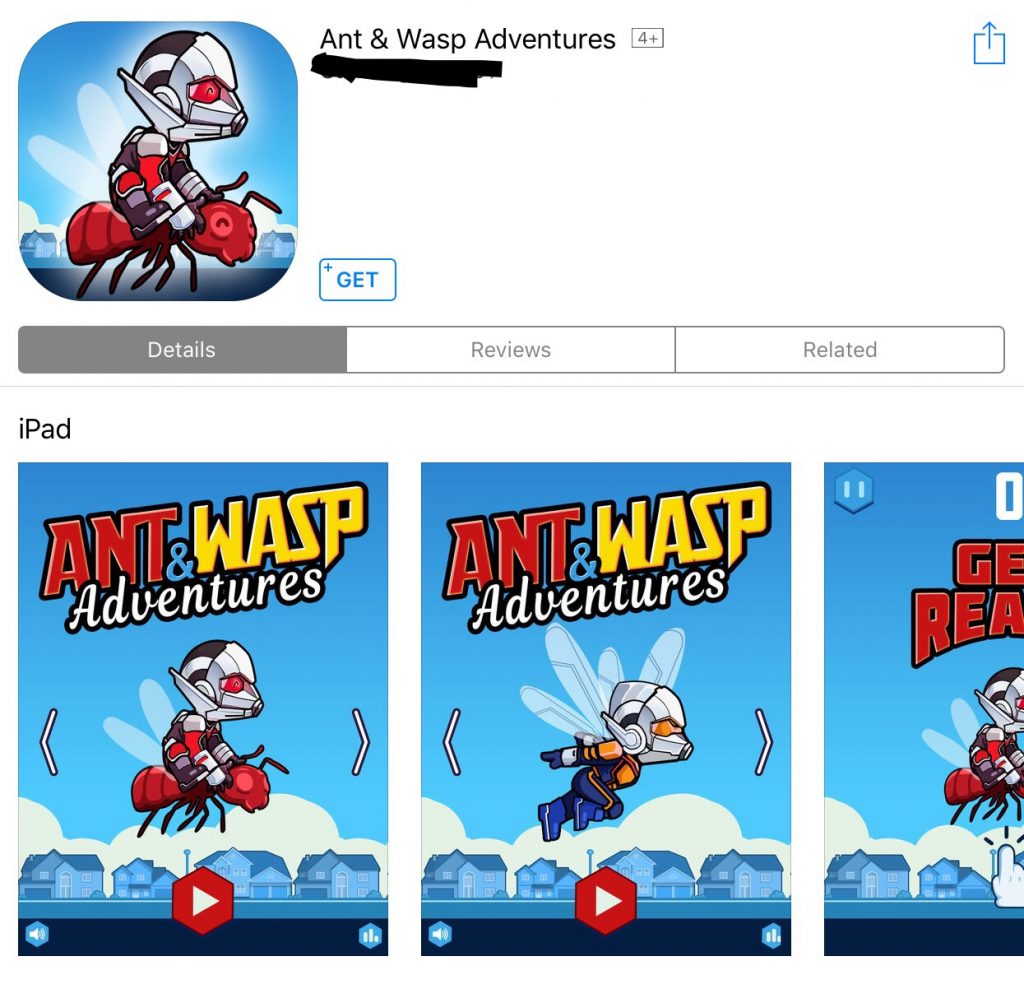 Last up isn’t a clone or ripoff as much as it is just an annoyance. Games like the recent, Ant & Wasp Adventures release by the hour on the App Store. Half of them are cheap Flappy Bird style games with a familiar or popular IP copy and pasted somewhere on the screenshots. I’m sure it’s got to be tough for Apple handling all of these games. You block one coming through and five more sneak by. It’s still annoying as hell and clutters up the App Store.

Alright. That’s about it for this week’s Attack. Like I’ve said before, this is in no way cutting down the work of the developers. I don’t know the stories behind each one. Regardless, I’m going to do my part to stand up for the honest developers that do get their games stolen. Always make sure to support the creativity of the original artists. Support indie games/developers and support indie media!! @hashtagNOEN (keeping it creative)