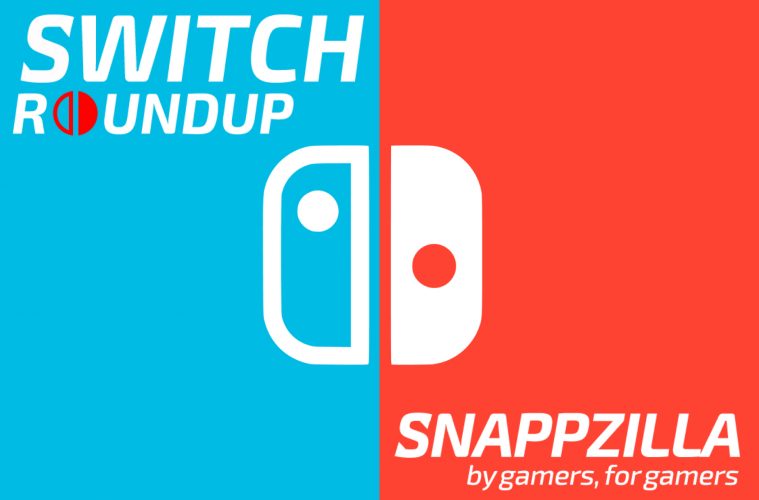 Well, here we are on a new release week on the eShop. I’m finally starting to get used to how things roll over here. Thursdays are of course, the BIG release day of the week. I’m going to publish the SWITCH Roundup daily for one more week, but most likely it’s going to become weekly and on Thursdays. There just isn’t much going on the rest of the week and that’s Time that I can be spending on mobile games which are way more high maintenance.

Anyway, we had quite a few gems Release last week. Burly Men at Sea and Don’t Starve were both ported over, Skies of Fury DX and Rogue Aces released, and I’ll be writing a review for Streets of Red: Devil’s Dare Deluxe later on this week. You can of course, check out the whole list in last week’s Roundup.


So, let’s get things started! Here’s this week’s SWITCH Roundup!! 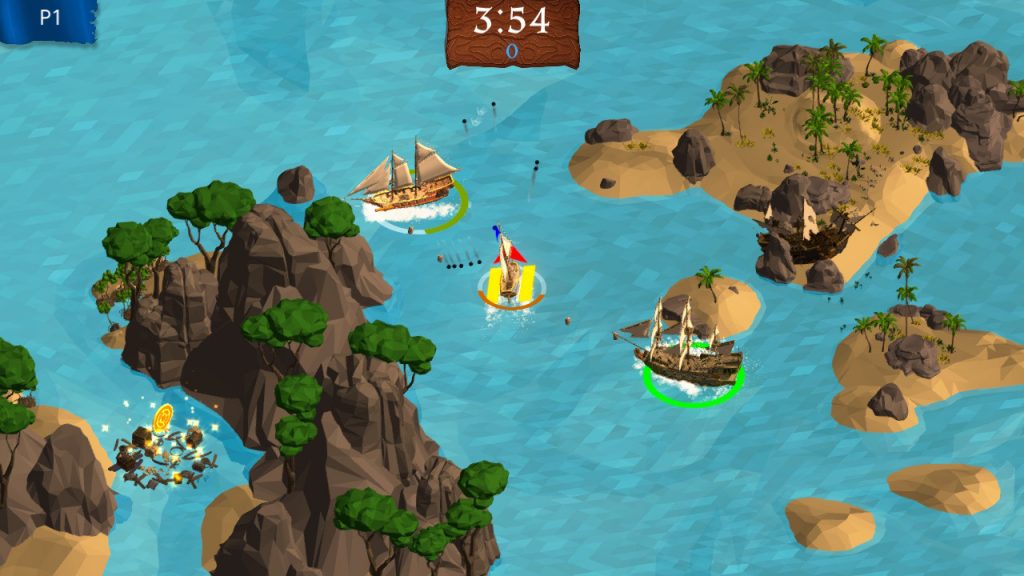 The sea is calling…pick a ship, bring friends and sail on!

Pirates: All Aboard! is a competitive battle game for solo and multiplayer pick ‘n play fun.

Pirates: All Aboard! is a competitive battle game for solo and multiplayer pick ‘n play fun. 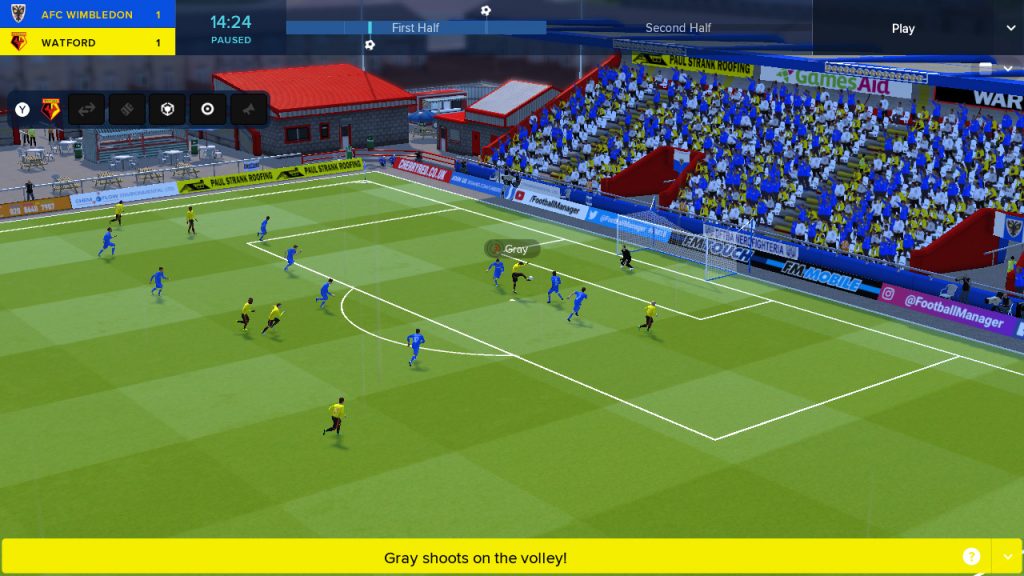 FOOTBALL MANAGER TOUCH 2018 on Nintendo Switch is the most immersive football simulation ever created for Nintendo players. Feature packed with a huge choice of clubs, TOUCH gets you through the seasons quickly without compromising on detail or control.

They say football is a game of opinions, but it’s only yours that counts around here…

Football Manager Touch™ 2018 makes its debut on Nintendo Switch™ delivering the thrill of a league title without the long pre-match build up, and glare of the media. This streamlined Football Manager experience allows you to focus on the best parts of steering a club to success – tactics and transfers.

Touch has been fully optimized for Nintendo Switch™, with a bespoke user interface and a variety of controller options to create a unique Football Manager experience that goes wherever you go, and works your way. Challenge for the title on your commute or dock the Nintendo Switch™ to watch your tactical vision play out on the big screen, in the comfort of your own home. 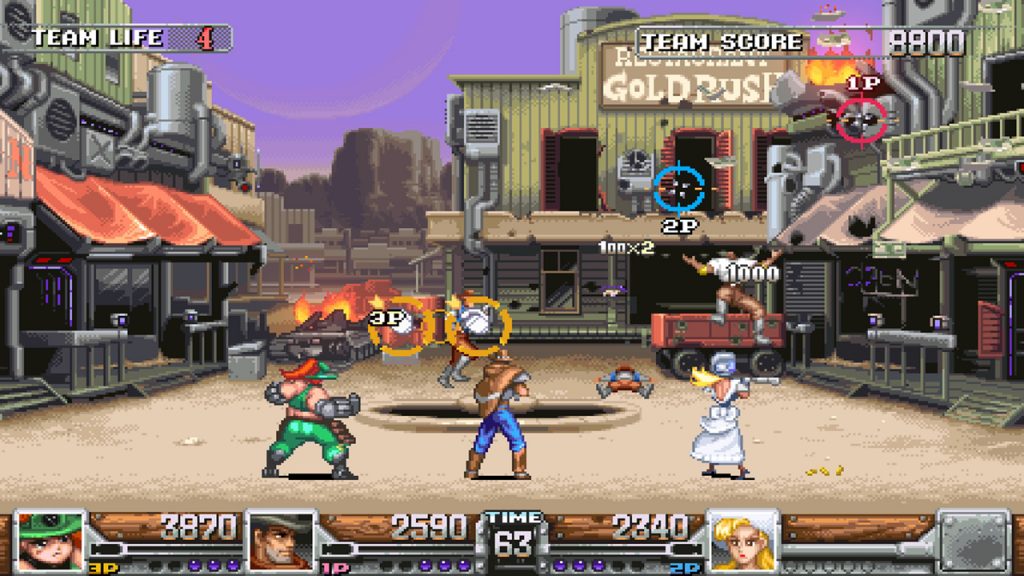 Wild Guns is a fast-paced arcade-style shooter, mixing the Wild West with steampunk. Play as Clint, Annie, Doris, or Bullet the dog with his sentry drone. Grab some friends and play together for some four player action! Each character can jump, dive, and roll to get out of the way of the barrage of bullets enemies let fly – or shoot them down with their own gun! 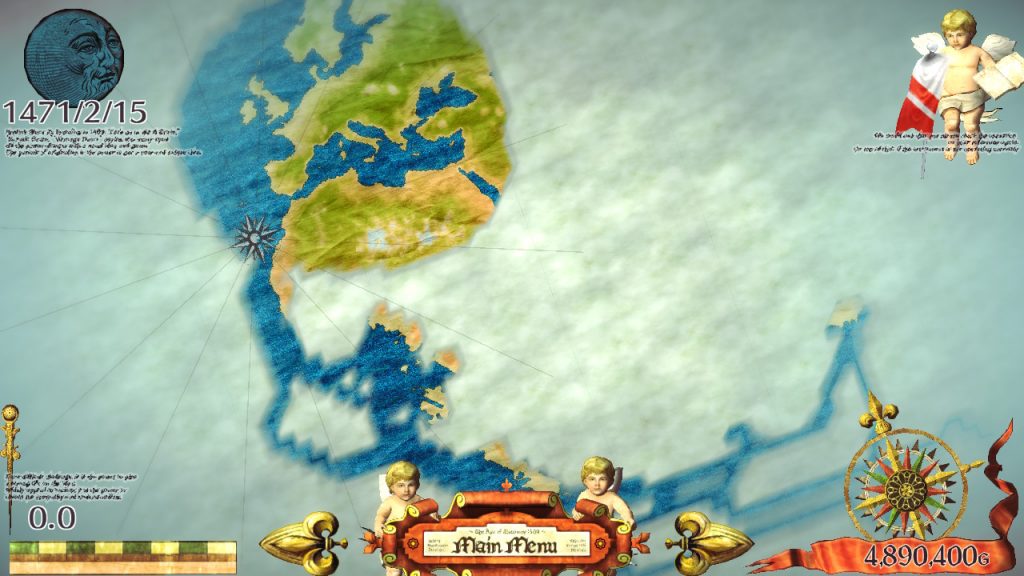 We shall make our very own world map! Approve or Disapprove? The Choice Means Everything in This “New World Exploration Simulation”

It is 15th century Europe, at the height of age of discovery. Back when the very shape of the world was still unclear, and believed to be flat.

Searching for what lies at the ends of the Earth, collecting information about the world, creating their very own world map – but only the finest Admirals may take off on these adventures. You are a trader who charters a boat to take on the massive venture of creating a world map.

Are you ready to reveal the true shape of the world?

You listen to the reports of Admirals returned from their explorations and use them as a basis for creating a map. The reports from these Admirals range vastly, from the authentic to somewhat dubious tales of monsters. Thus, depending on what you approve or disapprove, the shape of the world can change greatly.

Perhaps the continents we know now will not exist, while Atlantis and Mu take their place on the map. The only finished map of the world will be a “subjective world” that reflects your values, and one where only that which is approved by you becomes the truth.

*This game can be played only in English or Japanese. 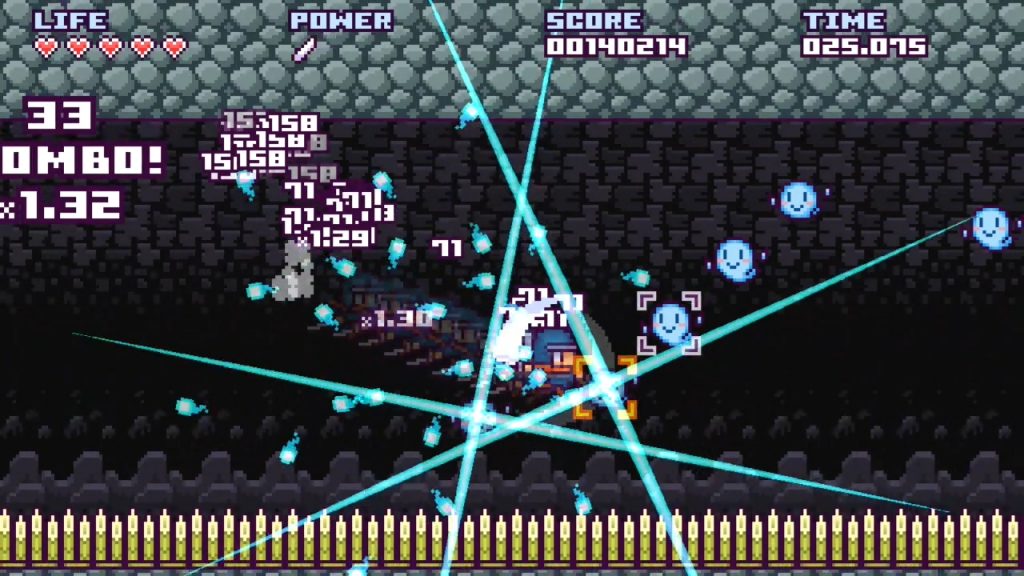 If you want quickfire combos and fast-paced retro action, Ninja Striker is the game for you!

Ninja Striker takes visuals and music inspired by the 8-bit era and fires them up with modern touches. Heavily stylized around Japanese themes, your goal is to advance forward with as much speed, flair and combo power as possible. You have double jumps, homing attacks and a special ‘Shinobi Action’ at your disposal; only by mastering each with sharp reflexes will you make it through your quest. 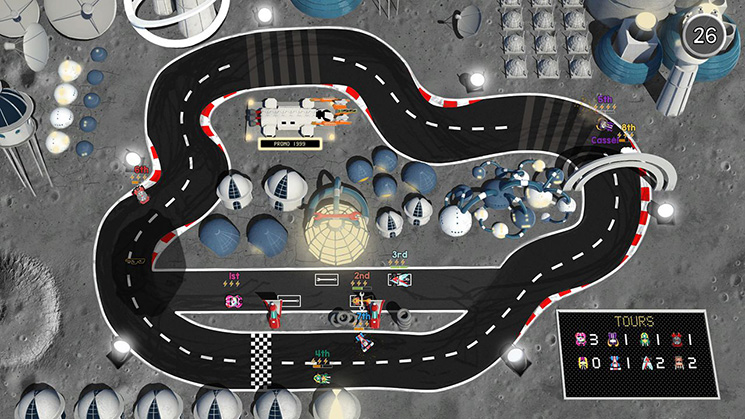 BAFL- Brakes Are For Losers

BAFL is all about pure arcade fun.

Challenge your friends, pick a funky car and outrun them with your driving skills and dirty tricks. Ram them out of your way or pick up bonuses to wreck them.

BAFL is a tribute to Old School Arcade Racing Games such as Super Sprint, Indy Heat or Super Off Road. Scooch together on the couch and gather up to 8 people playing on the same screen, compete in championships, upgrade your cars, and break friendships! BAFL also offers a challenging solo experience with championships against fierce AIs and special modes such as Time Attack or Perfect Race. Run in unique tracks inspired by the pop culture of the 80’s and 90’s along with funny details and surprising events. Each location takes you to a different setting, from peaceful caribbean island to hellish underground, from fabulous Las Vegas all the way to the Moon! BAFL is an invitation to dive in a state of the art old-school epic racing game. With no freaking brakes! 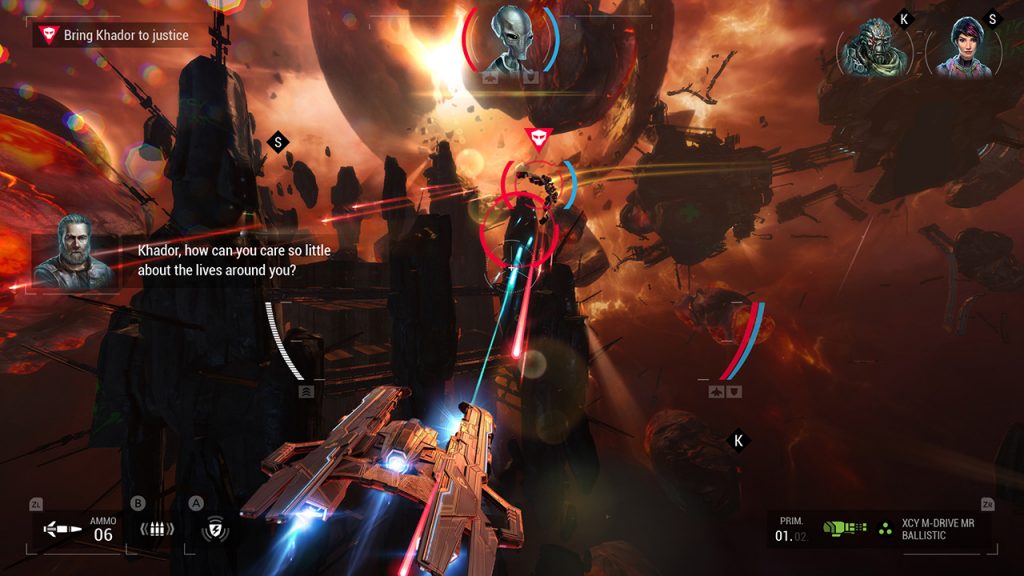 MAKE YOUR STAND BEYOND THE STARS

Write your legacy in gunfire and smoke as you take down the galaxy’s most wanted criminals in action-packed dogfights! Rise to become the hero of the Neox Sector – a deadly fringe world terrorized by ruthless crime lords and their no-good underlings!

FIGHT SPACE PIRATES & SAVE THE GALAXY

Enjoy 8+ hours of play time and 60fps across all game modes as you follow a gripping narrative in three acts. Fly spectacular spaceships, master challenging missions and explore a handcrafted universe in the new sci-fi action shooter on Nintendo Switch! Experience stellar gameplay thanks to intuitive HUD and UI elements as well as full support of the Joy-Con and Switch Pro controllers with HD Rumble. 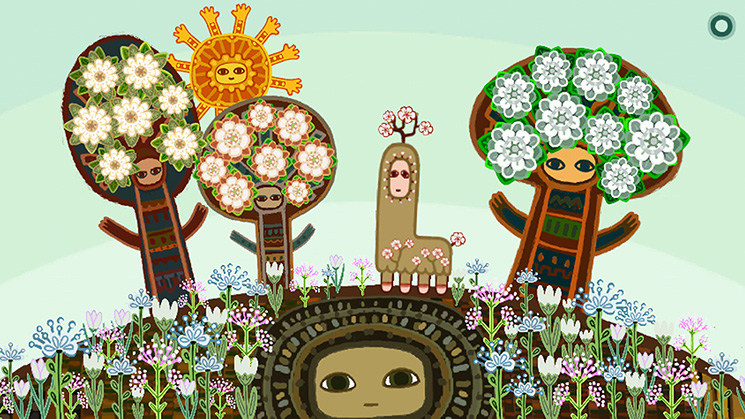 “It’s Spring Again” – an educational game for children ages two and up. It uses game mechanics to teach children about the seasons.

This game intended to develop associational and logical thinking. By following the hints, children help the seasons change. They learn the order of the seasons and create a melody for each of them with a little help from their parents and the narrator. 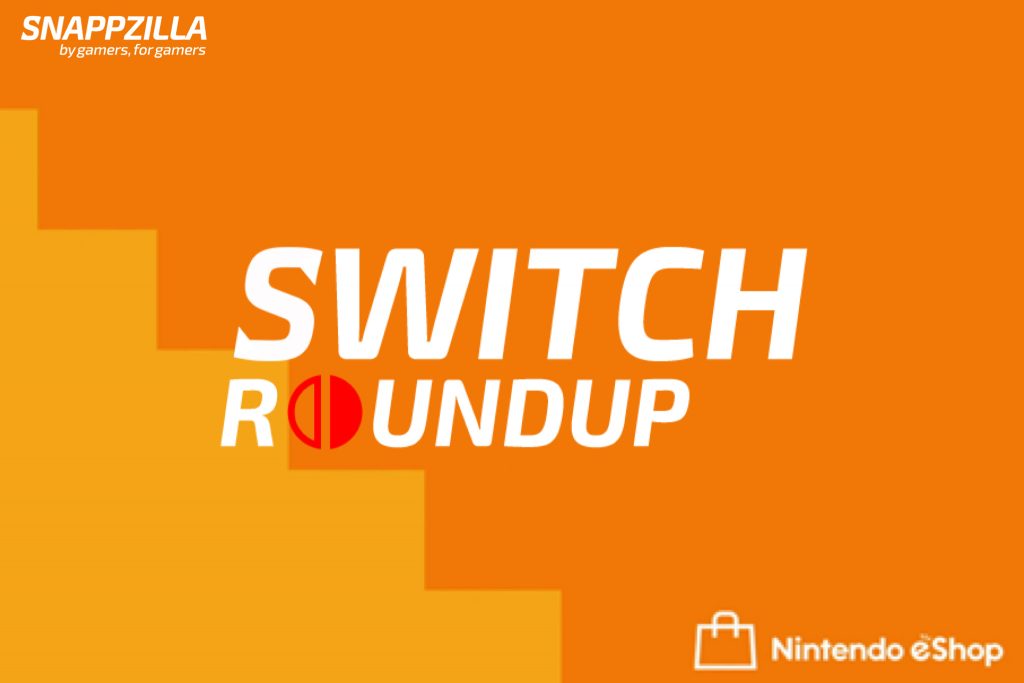 Congrats to all the developers and their teams that released a game this week!

Also, if you appreciate what we do, help keep us alive by joining our Patreon on donating a couple bucks. Everything goes towards helping us pay our bills.

@hashtagNOEN (playing too many games!)