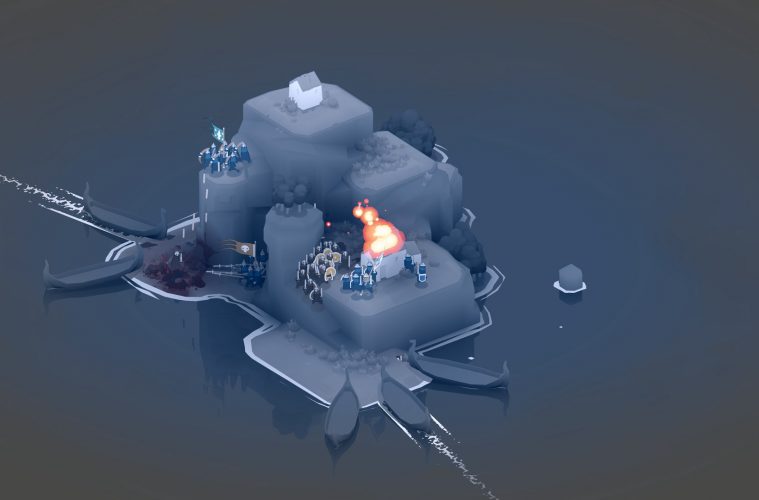 Last week I attended EGX Rezzed here in London like I have done for the last 3 years. I freakin’ love all the indie games and with Nintendo introducing the Switch stand last year there is even more to get excited about.

So after playing and watching gamers play in the Leftfield Collection and Indie rooms I headed over to the Switch area which is arranged in a circle – just in case you wanted to know.

Obviously every game had people playing with a huddle of people watching and waiting for their chance to jump on and try the soon to be released titles. Half way around the circle I spied Bad North and to myself I said, “Hey, that looks like the art by Oskar Stålberg, no wait, is that the game? Yes that’s the game of the GIFs he posts on Twitter.” With a huge beaming smile I messaged Oskar on Twitter and then waited patiently for the guy in front to finish up. 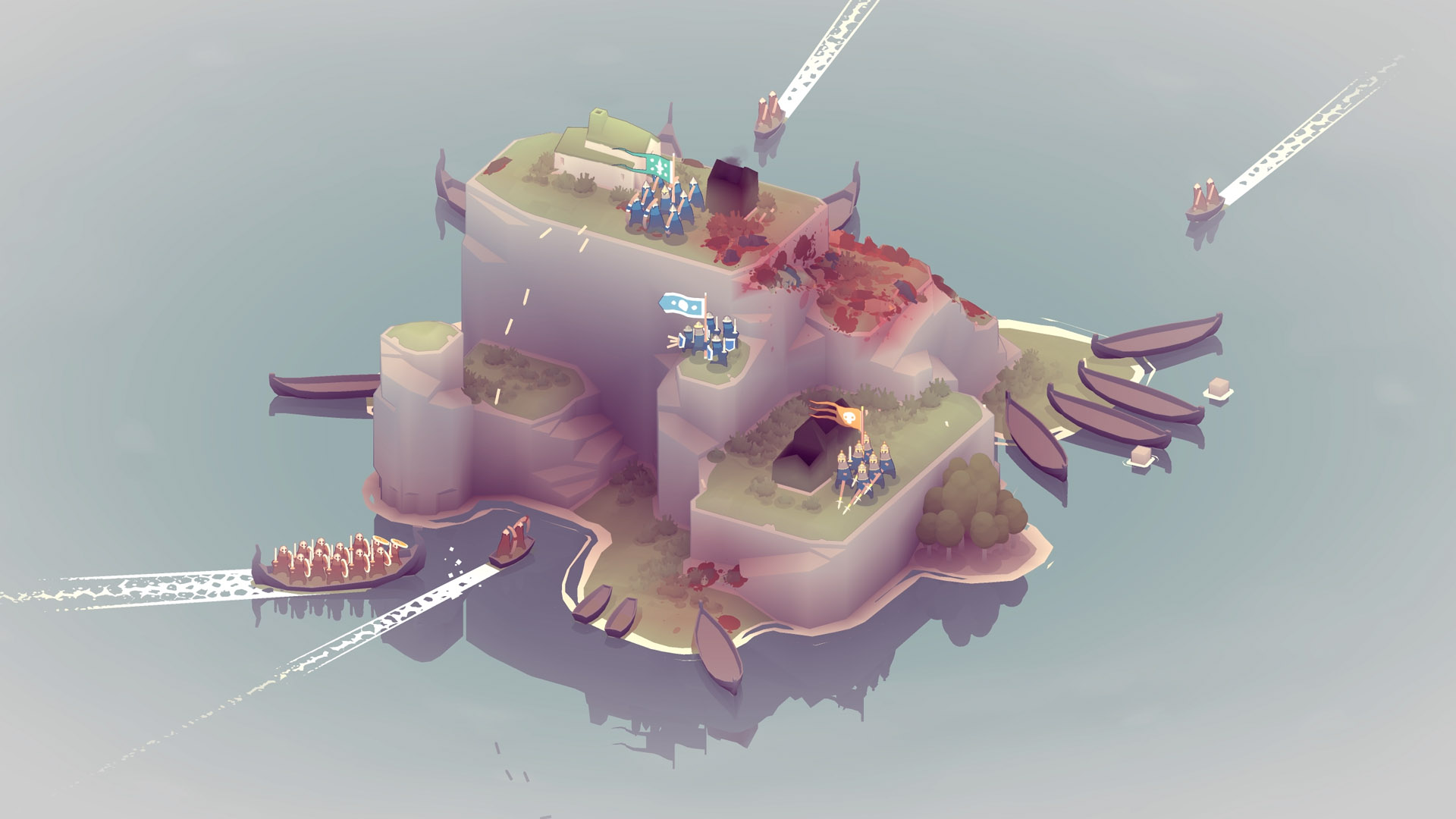 7 minutes later, which felt like an eternity, I got my turn! The helpful Nintendo minion (the dev’s description, not mine 🙂 ) showed me the controls and I dived straight in – literally.

I bloody love this game. Straight after I died (on the 2nd island of the demo map) I immediately wanted to play again. But of course there was a queue so I just hung around giving people advice as the Nintendo minion was off on lunch at this point. I tried to play it cool but it was hard not to get excited from even watching and helping people.

However, I’m glad I stuck around as one of the devs, Richard Meredith returned from an interview and was on hand for a chat. My first question to him in a hyper excited voice is when does this come out on mobile as I remember over on Twitter Oskar when he first started posting GIFs mentioned it was to be released on iOS. Well sadly this isn’t the case. The reason being that the zoom in and zoom out function (and you will need to do a lot of zooming in and out) would be too stressful for the player. Richard did say it plays fine on an iPad, so I say release for that and please give me my very own iPhone build – please!

I have to say that Bad North has me really excited and I got a real taste of the action as the demo I played was built specifically for Rezzed to showcase how the game ramps up with the upgrade options and planned difficulty level. I will definitely get this on the Switch in the Summer and I hope it comes to iOS so I can throw my money at it!

If the trailer above doesn’t give you enough of what to expect from the game play you can always read the summary by the devs;

Summary
Bad North is a beautifully-crafted, minimalistic, real-time tactics roguelite game where you lead a rag-tag group of island folk as they flee the relentless viking hordes. Progress through a series of procedurally-generated islands, fending off nordic raiders and gather what resources you can, before moving on to the next fight. Protect the nobles and commoners you meet along the way and recruit them to your cause – you’ll need their numbers in the conflict to come.

And keep fighting. Not for power or riches or glory, but for the hope that one day you can live a peaceful life again.

For more info and head to the Bad North site.