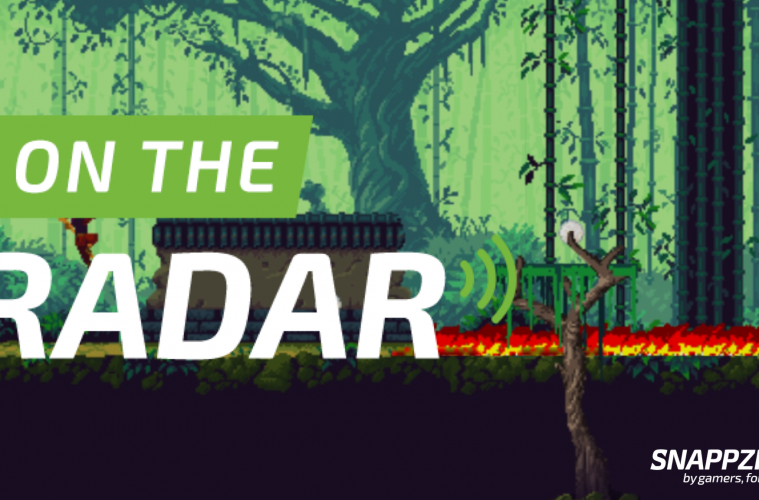 On The Radar: Ninja Scroller

**bleep**bloop** Looks like another game is popping up on the SNAPP Radar this week! **bloop**radar noises**

So, a little mobile game has been getting some big attention over the past couple weeks. The game I’m talking about is called Ninja Scroller (by Eageron). 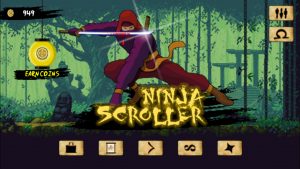 If you didn’t know by reading the game’s title, the game is a side-scroller about ninjas. Of course, there’s a lot more to it, but in a nutshell, that’s how I’d describe it. Luckily, I’ve had the pleasure to play the game in it’s early stages and I’m happy to say that it’s really fun so far!

Controls are pretty simple and so far, very responsive. Basically it’s, tap the left side of the screen to jump/double jump and tap the right side to attack. Easy enough. 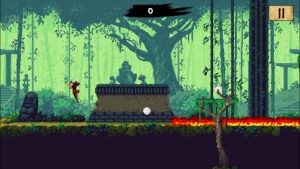 As of this writing, there is a Mission Mode with 20 different levels that need to be “3-stared”. There’s also an Endless Mode with Forest and Sunset levels that can be unlocked. On top of that, there are 3 different styles of quests to complete while playing. Spionage, Supply, and Ambush. These quests range from stuff like, “Collect all scrolls to find out what the enemy is planning”, to “Kill all enemies on your way to cut off their reinforcements”. These unlock and can be completed as you play through Mission Mode. 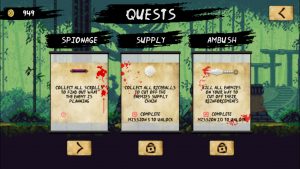 The visuals are beautiful in this game. The pixel art is absolutely beautiful. I found myself dying quite a bit while staring at the backgrounds. Eageron really set the scene of “ancient ninja-times” (Yes, that’s a real era! I didn’t just make it up!). I had a couple problems with not being able to see enemies behind bushes, but I’m not sure if that was the game or the fact that I’m getting old and my eyes suck. The soundtrack is really good too. It actually reminded me of the old Tenchu games on the original PlayStation. 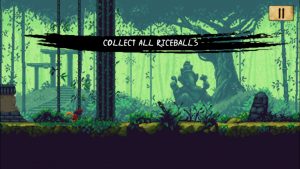 Eageron is planning on a November 30th launch date. I’ve had a chance to chat with the team and they are planning on adding a TON of stuff to the game before and after launch. To be honest, I was pretty impressed with what they had done already. They are really excited about this one and have a ton of plans for it. I’ll keep everyone posted with how the progress is going from now until launch. So, keep your eye on Eageron’s website and SNAPPZILLA for any new information!