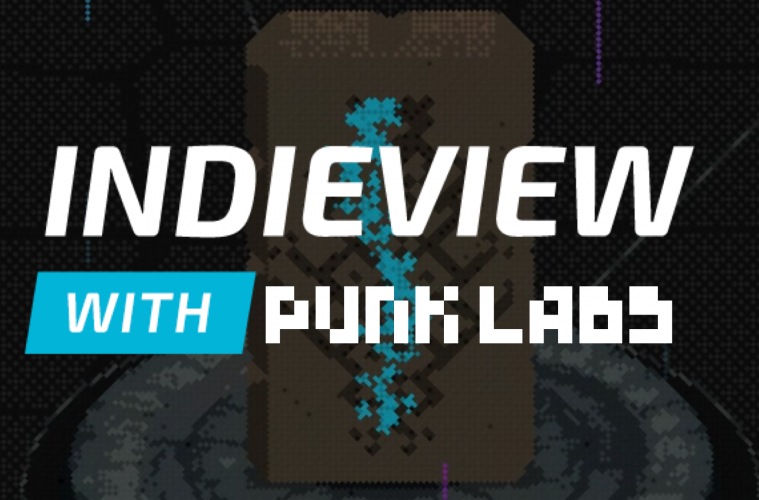 This week I got to virtually sit down with the indie team behind the games, Skeletomb, Kerflux, and Raster Prime, Tara and Oren (NOT Owen!!). Here’s how things panned out…… 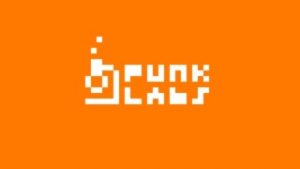 Oren: Thanks for having us!

For those who don’t know who you are, tell the readers a little about yourselves.

Oren: I’m Oren (AKA PolyVector) and I’ve been writing software since I was a kid tinkering in BASIC on an Apple ][e. It was just a hobby though until RocketDock (Tara’s idea) gained notoriety back in the early 2000s. Games have always been our passion though, so we quickly switched gears to game development after that.

Tara: Hi, I’m Tara (or Skunkie). Not too much to know, I’ve been a gamer since the NES days. Tyical geek in school. Thought I was going to be a zoologist, as things turned out I deicded to make software and games with Oren. It’s been a wild ride. Punk Labs has always been Oren and I since we started it back in 2005 (it was originally called Punk Software). I work on game design and art for our projects.

So, your most recent game, Raster Prime released back in May. How did the launch go?

Oren: It’s hard to market pay-up-front games these days, so it wasn’t a smash hit, but Apple did feature us in their Indie section. It was exciting to see how many people “get it” with such a unique game. That said, the game remains an “Unsolved Mystery” at this point, nobody’s completely figured it out. Tara and I were just joking about putting a bounty on the solution.

What made you come up with the idea/concept of Raster Prime?

Oren: We’ve been floating the idea of a “Pixael Art Game” for a few years now, where everything is designed around a rotated pixel grid. Most of my prototypes were too grandiose for a mobile game, so we simplified and came up with something part Fez and part Kryptos (a cryptic sculpture by Jim Sanborn). We wanted a game to allow players to experience a sense of discovery and accomplishment, which is why we left out any tutorials or help.

Tara: I experimented with the rotated pixel idea in some assets I did for Skeletomb, and it finally pushed us to see what an entire game would be like using that concept. It really created a unique look and feel. The design process ended up being a bit complicated for Raster Prime because of that. I had Oren develop a tool for creating rotated pixel art.

Now that you guys have a few games on the App Store, what’s your take on the mobile industry right now?

Oren: The industry is in a terrible state. Stores have abysmal discoverability, Developers give their games away hoping to eke money out of gamers through spam or manipulation. Gamers don’t look beyond the “Best New Free Games” sections of stores and wind up missing out on a lot of interesting experiences.

Is there anything you would change?

Oren: App Stores need to drastically improve discoverability; They could allow gamers to follow developers, allow curation by independents like Snappzilla. Nobody should blindly accept curated lists of games from the platform holder who profits from those very games! What a conflict of interest! Developers need to treat their games and gamers with respect. Charge what they’re worth, and don’t litter them with ads and manipulative IAP. Gamers need to look beyond the app stores top lists to find something interesting, and take risks on pay-for games once in a while.

So what’s next for you?

Tara: We’re always experimenting really. We’ve always wanted to make a console game that was more than the homebrew scene for the Dreamcast and things are starting to move in the direction of being more indie friendly. That’s not to say mobile is out, but we have our sights on the Xbox One.

Oren: A console game would be fun! We’ve developed for the Xbox360 in the past, and there’s just something about having a controller in your hand that is really satisfying.

Any future projects going on?

Oren: We’ve been doing some prototyping, writing music, trying to get inspired. Nothing just yet. 🙂

Tara: The one thing about being a two person indie team, is supporting old projects and still getting in there to create new ones. Inspiration can be a bit hit and miss.

Last, but not least. With SNAPPZILLA being a site “by gamers, for gamers”, do you guys play video games yourself? If so, what are some of your favorites?

Oren: My favorite games recently have been Inside by Playdead, and Hyper Light Driter by Heart Machine. Before that, Sunset Overdrive was a blast. I’d like to see more splitscreen games that Tara and I could play together, but there aren’t many these days.

Tara: Gaming is something we do reguarly. Whether it’s just Oren and I playing Hyper Light Drifter, or getting all our friends together to play Gears of War 4 on Xbox Live. My heart still beats for FEZ, but recently I played through Oxenfree, Firewatch and The Witness. All fantastic games. Looking forward to Tacoma. For mobile, I love Mounment Valley and Framed. Just started Prune. Game time is shared time, so it’s rare we do play through single player or mobile games. It’s a hugely social thing for us. We both grew up with siblings, sharing the NES controller or torturing the unfortunate one who got stuck playing Tails in Sonic 2.
Thank you guys for your time and thank you for everything you do for the industry.

I absolutely loved interviewing Tara and Oren (not Owen). They are the exact definition of indie developers. They have a passion for the art and industry. Developers like Punk Labs are a big reason why we created SNAPPZILLA. We wanted to show that there is so much more to the industry than what is presented in the App Store. I am truly honored that they took the time out of their day to virtually hang out with me. -hN

Make sure to check out their library on the App Store! 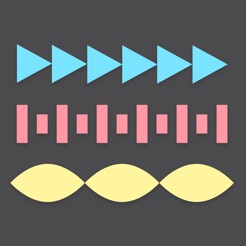 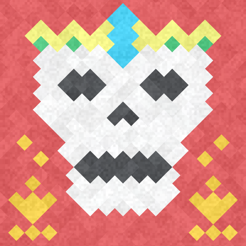