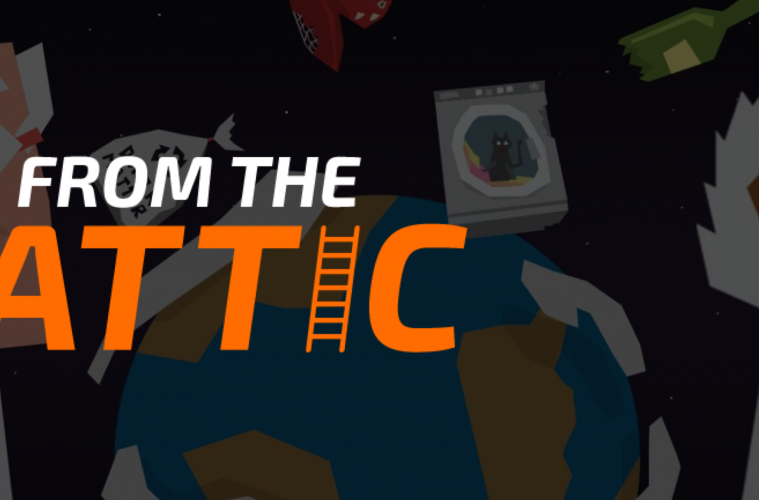 From The Attic: Waste in Space

This game may not be that old, but in “App Store years”, a game that released in 2016 unfortunately might as well be considered “vintage”. Luckily you have SNAPPZILLA poking around the old iOS attic daily.

The game that I’m bringing out “From The Attic” today is, Waste in Space by indie developer, MoonyBaboon. The game originally released on February 17, 2016 and was their sophomore game on the App Store. 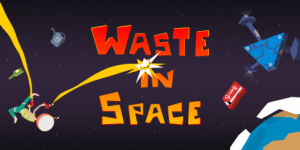 Waste in Space is described as an “endless arcade shooter”. The game takes place in the year 2026 and the earth is completely covered in trash. So, the good people of earth decide to put all the trash in poorly made rockets and send them to outer space. Unfortunately, the rockets all end up malfunctioning once they make it out to orbit and explode. Leaving everyone’s trash scattered all over the galaxy. Your job is to clean the mess up……..forever. (You know, because the game is actually endless.) 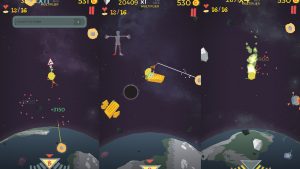 You play as a lone astronaut that is basically dropped into orbit. You are constantly falling toward the bottom of the screen. If you reach the bottom (or the left/right side of the screen), it’s game over. In order to stay alive, you need to shoot your grappling hook at random asteroids and rocks scattered throughout orbit and swing to where you need to go. That’s not all though. You also need to get rid of the trash while you’re trying to stay alive!


To get rid of the trash, you must obliterate each piece with your laser gun. Waste in Space is a single-tap game, so controls can be a little tricky at first. You tap and hold the screen to grapple onto an asteroid and then let off and while you are floating in orbit, you tap the screen to shoot. You can only shoot a limited number of times before you need to grapple again and charge your laser. After a few runs, the controls become second nature. 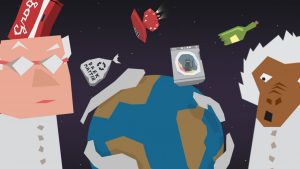 Waste in Space is a great endless dropper. Besides the physics of grappling from asteroid to asteroid just being a blasty blast in itself, there is a ton of extras packed into this 321 MB game. There are missions to accomplish, acrobatic moves to learn, combos to make, the Hall of Trash with stickers to collect, and a bunch more. There are also 60 different characters and hats, all with their own strengths and weaknesses.

If you like physics based games or just fun games in general, Waste in Space is definitely a hidden gem worth crawling into the attic for. 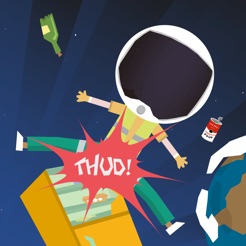