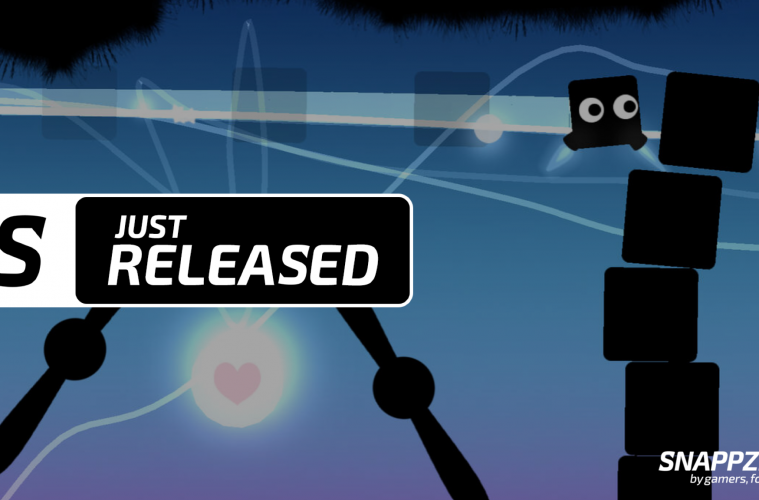 Here’s a game that you should be playing right now!

The game is called BotHeads and was developed by A Small Game. This is the team that’s behind the two Hangar games, Hangar and Hangar World (Both games I could easily recommend.) and it shows. You can see little touches of the Hangar games in BotHeads. 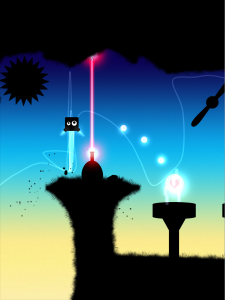 BotHeads just released yesterday on the App Store. It’s labeled an “atmospheric and physics heavy arcade adventure” in the app description and honestly, I couldn’t describe it better myself. 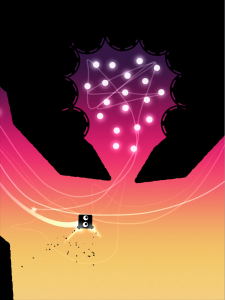 You play as a “BotHead” robot which is pretty much a square with eyes and two thrusters. One on each side. These thrusters are how you move in the game. Touch the right side of the screen if you want to move left and the left side if you want to move right. Touch both sides to move up. It’s pretty basic thruster controls, but they are implemented perfectly. 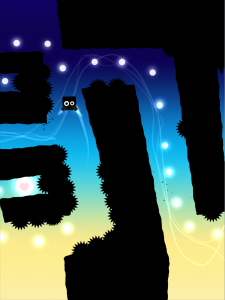 In a nutshell, the object of the game is to pretty much get through each level without getting killed. It sounds easy on virtual paper, but easy it’s not. You will be up against deadly grinding wheels, propellers, even PAC-MAN looking monsters! There are also “orbs” to collect during each run. These orbs can be used to continue your game once you die. Because once you’re gone, it’s game over. You start over from level one. So I suggest getting used to the game and hoarding orbs your first few runs, then go for the continues once you have a little chunk saved. 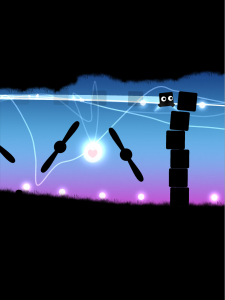 There’s not really a whole lot to say about BotHeads. It’s a pretty minimalistic game. It’s all about having the game in your hands and experiencing it for yourself. Also, the soundtrack by Boy vs Bacteria is absolutely amazing. It’s easily one of the best soundtracks for a game that I’ve heard all year. I’ve been humming the tune in my head all day. BotHeads is the poster child of what indie games are to me. It’s not about the big budgets or fancy HD graphics. It’s about user experience and most of all, fun! And I think A Small Game nailed it with this one. (Hey! That rhymed!) 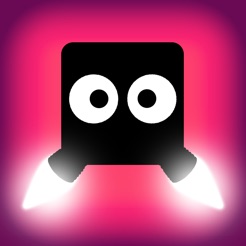