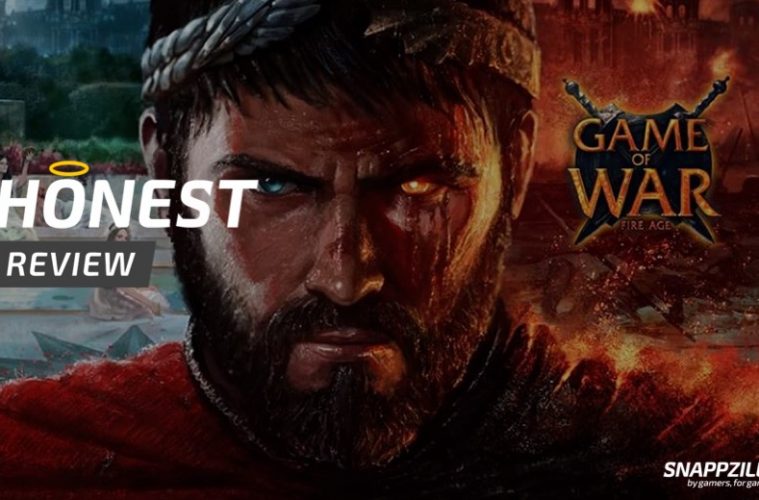 (With SNAPPZILLA being mainly about indies and lesser known games on the App Store, we never get a chance to see what going on with the other side of gaming. You know, the “popular” crowd. Honest Reviews are a chance for us to take a truthful  look at what everyone is so fired up about at the moment.) 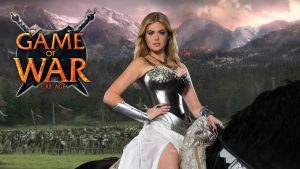 First off, I just want to say that I went into this game completely neutral and not really knowing anything about the game besides what I’ve seen in the ads/commercials. Yes, I mainly write about indie games, but I do play just about anything as long as it’s fun. Basically, I’m just trying to say that I wasn’t biased in any way going into this game. 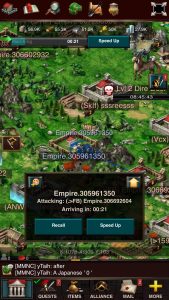 So, for those of you that have never heard of this game or have been living under a rock, Game of War: Fire Age is a massively multiplayer online action strategy game. (Yea, say that 5 times really fast!) by Machine Zone Inc that originally came out in 2013. Since then, the game has had multiple updates making it the billion dollar game it is today.


The object of Game of War in a nutshell is to build your own Roman Empire and sustain it for as long as possible. That is kind of putting it lightly. There is a lot to do in this game. Everything from city building, farming/gathering resources, training troops, and a ton more. What gets most people into the game is the PVP multiplayer. You can forge alliances, make enemies, battle monsters, all with other players across the globe in real time. So, your game all depends on the people you are playing with.

Now that we’ve gotten the basic description of the game out of the way, let’s talk about my experience with Game of War: Fire Age shall we? 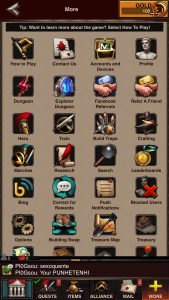 I really don’t know how else to put this, but this was a horrible fucking week. Honestly, I feel bad for saying it but, by day 3, I was dreading playing the game. First off, the tutorial holds your hand for the first 15 minutes, so you don’t actually get to make any decisions of your own for quite awhile. I know it can be a complicated game, so I will kind of let that slide. Second issue are the visuals. Now, I’m not a graphics whore. I really don’t care how a game looks as long as the gameplay is fun. But, you would think a game that’s making 1B a year would at least look a LITTLE better. You know the shitty looking playable ads for GoW in F2P games where it has you building a wall or farm for 30 seconds before you can close the ad out? That’s EXACTLY what the game looks like!! If you look at the screenshots in the App Store, it looks NOTHING like the real thing! 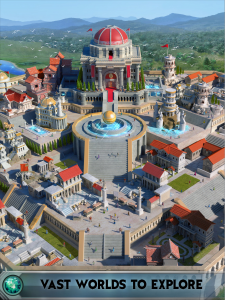 (See how beautiful it looks on the App Store?) 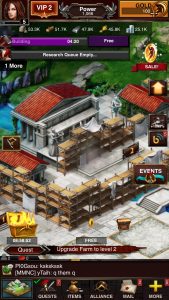 (Not so pretty in-game.)

Ok, so the visuals aren’t up to par. Maybe the game is just so damn fun, that you don’t even notice it. Right? RIGHT?

Well, I can only speak for myself and my week long experience, but I honestly don’t see the fun in this “game”. At first glance, the screen looks so cluttered up with different events going on, queues, blogs, sales, quests, chats, stats, mail, ads, etc. There is just so much information all at once. It is almost overwhelming. After a week, I still didn’t know the purpose of everything on the screen.


The biggest thing of all are the timers. It’s all about hurrying up to wait. Now, I’ve played my fair share of F2P games, so it’s not like I’m new to the scene, but every single thing involves waiting. You want to train your troops? Wait. You want to build a wall? Wait. All you are doing in the game is watching timers tick down. Even the fighting is on a timer! You want to attack another player? Go ahead and watch a timer while your army is “marching” to the other player’s empire, view a pop-up telling you how many troops died, then watch yet ANOTHER timer as your troops “return” to base. There is absolutely no action at all. 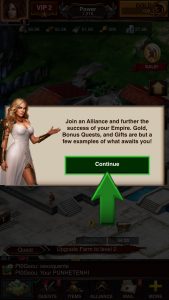 With a game with this many timers, there’s GOTTA be a way to speed things up right? Well, of course there is…….for a price! Everything you do in this game is steering you towards spending money in some way. Like I said, I’m not new to the F2P scene. I know developers need to eat and I have no problem with that. But, there’s a difference in a game being F2P with optional IAP’s and just plain greed. Yes, “technically” you could play the game for free (That’s what I did.), but you will get absolutely nowhere. And I’m not talking spending a couple bucks! The average GoW player spends roughly $50.00 just to play. Game of War is honestly one big elaborate financial spreadsheet with some bells and whistles to make you not actually see what’s going on.

Now, this is only my opinion of Game of War: Fire Age. Who knows, maybe I was missing the point in my week of playing. I know a LOT of people play this game, so there’s gotta be something there that I’m missing. And I’m not putting down the players of GoW in any way. Hell, if you’re having fun, that’s all that matters. Maybe my hopes were too high with all the hype surrounding this game. All I know is that I gave Game of War a solid week of my time and came out feeling like I just stepped out of an Amway meeting. Ugh. I think I need to take a shower now. 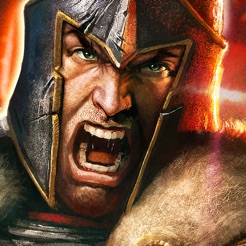