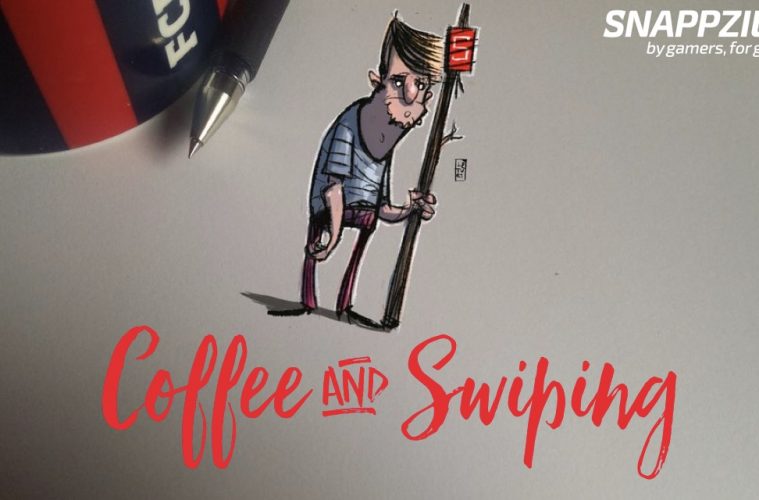 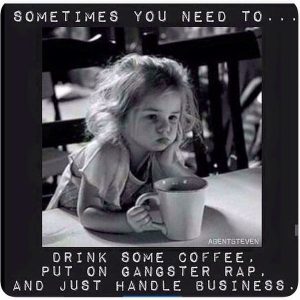 Goooooood Monday morning gamers! Welcome to the start of another glorious week in the mobile gaming industry! It’s April 3rd today, but don’t worry, I won’t be playing any April Fools Day tricks on you. I’m not big on that stuff. I will say that it was actually pretty fun back in the days of gaming magazines though. You know, when you got all your video game information once a month and that was it? That’s crazy to think of now. You had to wait until the next month’s crop of magazines released. The video game industry was always pretty fun during those April issues though. They would have you thinking Sonic was teaming up with Lara Croft in Final Fantasy 7.5 for an entire month before May’s issue released at the bookstore. Oh, memories.

Anyway, thanks for joining me for some Coffee & Swiping this week. It’s time to fire up that coffee maker, grab the hand lotion and Kleenex, and join me in the shed out back. You might want to bring a blanket. Because I like to cuddle afterwards.


So, last week a changed things up a little bit and just talked about the games that I played and that was it. I reread it later on in the week and it felt like something was missing. The whole point of C&S is to talk about everything in the industry. Not just one thing. My plan was to start up another weekly strictly news piece, but I’ve got so much that I’m working on daily, that adding something else would just be stupid on my part. So, I’m just going to leave things as is. If it’s a heavy news week, then there will be more news in that week’s C&S, if there isn’t, Athen I don’t know, I’ll talk about something else. I like to keep things loosey goosey around here. 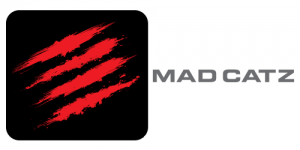 Let’s see. What do we have in the news today. Oh, the accessory manufacturer, Mad Catz filed for Chapter 7 bankruptcy last week (March 31). That’s a bummer to hear, but looking over their financials, they’ve been struggling the past couple years. I’m not sure what that means for the company yet. Hopefully, they can get things turned around. 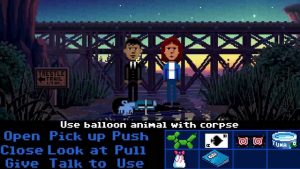 Oh, Thimbleweed Park finally released on PC and console last week. So, now they can focus on the mobile port. It just barely passed it’s stretch goal in Kickstarter for the mobile port, but it IS definitely coming. I keep hearing the word “summer” tossed around, so we still have a few months. If you don’t know what Thimbleweed Park is, it a beautiful pixel art P&C game created by the guys behind the old Maniac Mansion. 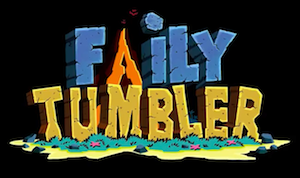 Spunge Games showed off their new game last week. It’s the third in the “Faily” series titled, Faily Tumbler. Instead of vehicles or motorcycles, this game has you…..well, “Phil Faily” flopping down hills on his own. Just glorious ragdoll physics of arms and legs flailing around as you steer Phil down what looks like a jungle scene in the trailer. Of course, you can collect and purchase different outfits if the original caveman theme doesn’t tickle your peach. 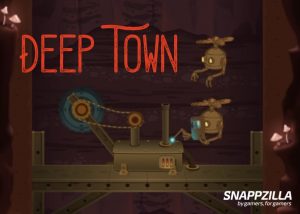 Another game that’s coming out VERY soon, April 6th to be exact is a game called, Deep Town. I did an “On The Radar” article about this one back in January. I played a good portion of an early version of the game and was pretty hooked. Well, I finally got my hands on the final version last week and so much work has been done since, that it feels like an entirely new game. I’m actually hooked all over again. It’s a really cool mashup of a clicker, idle, crafting, and management style game. It really has a lot going on in it. Don’t let the whole “clicker/idle” thing spook you if you’re not a fan of the genre because neither am I and I’m really digging this game (pun intended).

Well, I guess that kind of starts off things with what games I’ve been playing over the week. So, let’s just bust-a-move into that shall we? (The cool people still say bust-a-move right?)

Alright, first off is Meganoid (2017). There’s not much i can really say about this one besides “go buy it!”. OrangePascal did an excellent job recreating what was already a great game. I will say that the game can be tough as hell at times. I was getting my ass kicked left and right while playing, but it’s worth it in my opinion. It definitely gets my stamp of approval.

Next up we have, Gangstar: New Orleans (by Gameloft). I know this isn’t technically an “indie game”, but it’s Coffee & Swiping, so it doesn’t count. Plus, I play everything and give anything a try at least once. The thing is that the Gangstar series used to be cool because the GTA games weren’t on the App Store at the time. Not to mention, the games were “premium”. So, it was the only way you could play GTA style games on mobile. Now that most of the older GTA games are ported, there’s really not much need for the Gangstar series. I will say that Gameloft did a pretty good job with this one though. Granted, it’s heavily “inspired” by Mafia 3, it looks and plays pretty good and the story is ok. Of course, the game is riddled with IAPs and timers, but I guess it’s a good way for people who don’t have money to play a GTA style of game on mobile. Just don’t expect to get that far.

Good old 111% released the next installment of the “TAN” series titled, GGTAN and of course, I’m loving the game. I will say their last game, FFTAN I didn’t like so much. Mainly because it was voice activated and had you yelling at your device. But, GGTAN definitely made up for it. This one is just like the others in the series visually, but gameplay-wise, it’s a little off the beaten path (but not too much). GGTAN is a really chaotic and timed version of brick breaker with a bunch of upgrading. That’s the best that I can explain it. It’s definitely fun though. Gotta love 111%. 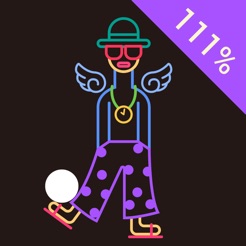 I had a lot of fun with Dodgeblast when I had to do non-game related stuff over the weekend. Grocery shopping, fueling up the car, getting my anus waxed and bleached. You know, the usual day-to-day stuff everybody does. It’s a really great game to just pick up and play when you’ve only got a couple minutes. I’m still having fun with it. 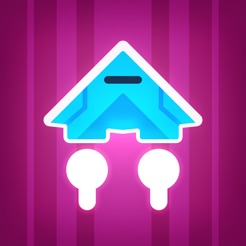 Alright, I’m going to cut it off there. I need to leave a few games for review. Plus, it’s after 10am and I need to publish this before it’s afternoon. Remember, our SNAPPiversary is on the 14th. So, make sure to say hi to us over social media. I’m going to do a 1 Year Retrospective closer to the date and we’ll probably revisit and retweet some of our articles of the past just for fun. Oh, and don’t worry if the ads are a little wonky throughout the week. We are trying to figure out some ways to actually bring in some revenue. We are also working on sponsored spots to help out with things. So, if you have a game coming out and want some extra attention. We’re just trying to come up with ideas to stay alive.

I hope everyone has a great week. Remember to keep on swiping……….