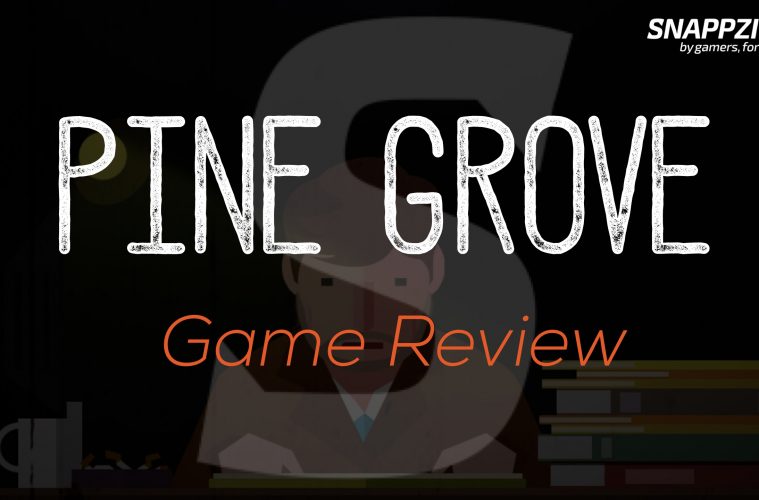 It’s nice being surprised by a game when you have absolutely no clue what it’s about going into it. With social media and this whole internet thing that’s going on right now (all a phase I say!), it’s pretty tough to start up a game or movie with a completely clean slate or open mind. It’s even nicer being surprised by a game when it’s fairly good! 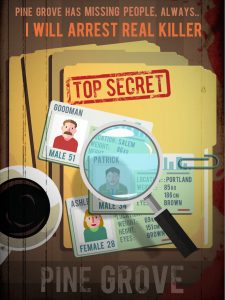 I’m going to try and be as vague as possible about this game so I don’t end up spoiling anything. So, I apologize in advance if the review is a little short and cut up.

The game I’m rambling on about is an overlooked game called, Pine Grove ( by Rect Works). I say overlooked because it released December 5th of last year with absolutely no attention. I remember putting it in that week’s SNAPP Roundup, but that was about it. It sat on my iPad until I finally started playing it over the weekend. So, in all honesty, I actually overlooked it for a little while! 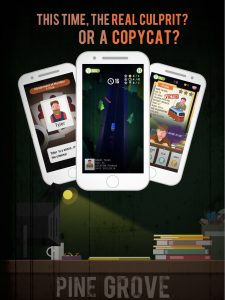 You play as a psychic detective looking for your missing brother. He disappeared right after wrecking his vehicle. (Ugh. I’m saying too much already. This is going to be tough!) But, while looking for your brother, you find out that other people have disappeared in the exact same way. All that’s left are the “victim’s” vehicles at the accident scene. Something or someone is causing these people to wreck and then vanish. (Ok. I’m going to try and stop there.)


As a psychic, you are able to go back in time and (control) each character and see what happened before they disappeared and find out what caused the accident. You end up needing to collect evidence and gather people’s stories to eventually solve the case. It’s a really unique idea, but it does have its downsides. 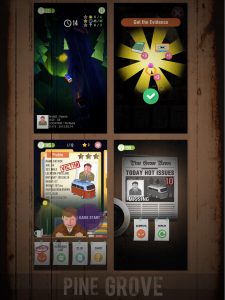 Basically, you are playing the same thing over and over again. You are driving down the same stretch of road collecting enough evidence so you can open up the next case. Every case has a different accident, so luckily with each case, there is something different to drive. Each vehicle handles differently, so it kind of helps with things not getting too stale. There is also the story that keeps you wanting to play. (Which I can’t say much about.)

Pine Grove is a tough game to sell. (Not to mention that I had to cut almost half of my review for the sake of spoiling anything.) It’s kind of short, the story isn’t all that deep, and it can get pretty repetitive at times. But it did hold my attention from start to finish, which is more than I can say for a lot of games out there. What the game has going for it is it’s uniqueness. There isn’t a whole lot of story-driven, arcade driving, mystery games on the App Store. I really had a good time with this one while it lasted. So, you’re looking for something a little different and don’t mind spending a couple bucks, Pine Grove is your game. 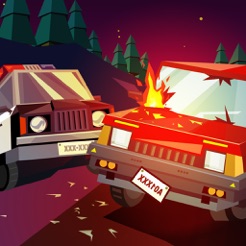