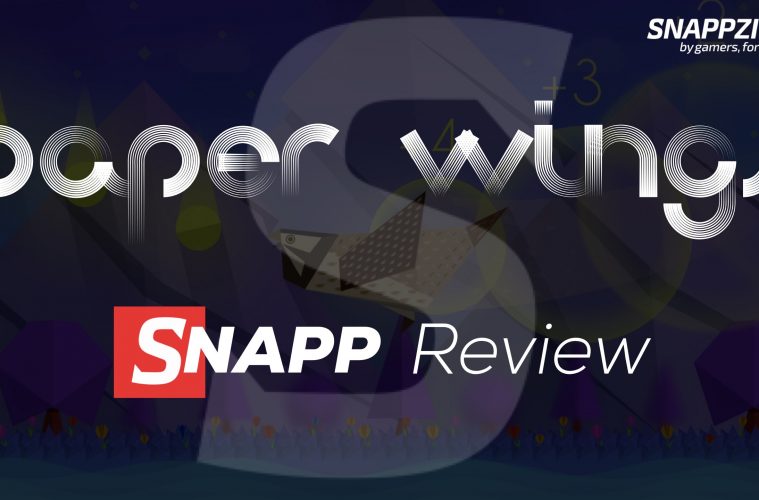 I don’t often do write-ups on high score chasers on the App Store. There’s just so many out there that they tend to all blur together for me. But every so often I come across one that catches my attention and actually holds it. 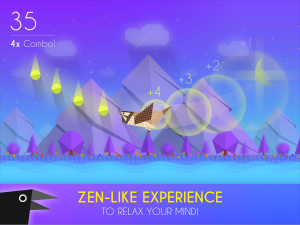 That’s what happened when I started playing Paper Wings (by Fil Games). At first glance, I wasn’t expecting a whole lot. Sure, the paper-like visuals were pretty in the screenshots, but that can only get you so far. I decided to download it anyway. Like I’ve said many times before, I try and give every game a chance before dismissing it. 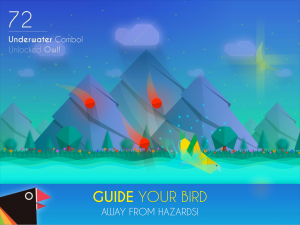 I was actually pretty hooked right from the start. As in most high score chasers, the object it rather simple. Collect as many coins as possible. Coins equal points. Now, in Paper Wings’s defense, there are four different modes, Classic, Timed, Hazard, and Calm. So it’s a little more than a typical high score chaser. There are plenty of modes to keep you occupied. 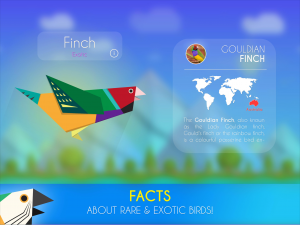 In Classic Mode, coins constantly fall from the top of the screen and float to the bottom. Your job is to fly/control your bird and collect every coin before it reaches the bottom. Once a single coin hits bottom, it’s game over. Timed Mode is pretty much the same except the game isn’t over once a coin hits bottom. You just have 60 seconds to collect as many coins as possible. Hazard Mode is more of a defensive game. You have to avoid dangers falling from the sky and last as long as possible. Then there is Calm Mode. This is pretty much a Zen-like mode. No timers, no coins. Just you, your bird, and the wind in your face. 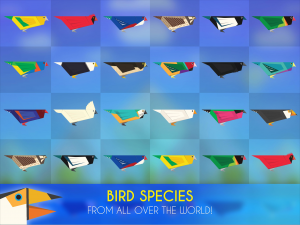 It’s hard to pinpoint exactly what is so fun about Paper Wings. Is it the origami-like visuals? Is it the the 20+ species of birds that all behave differently when playing? Is it the simplistic yet unique control mechanics? Is it all the quests and challenges to complete? Is it the 4 different game modes? It’s a lot of questions to ask, but the answer is, all of the above. Each thing compliments the game in its own way and once you put them all together, you have a really fun casual game that should hold your attention for quite awhile. If you’re looking for a new time killer and want to lean a little something on the side, Paper Wings is definitely worth checking out.