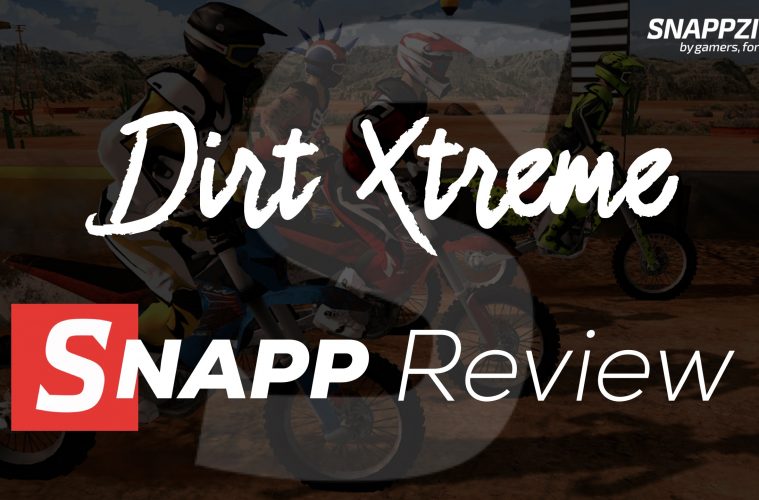 As much as I love playing racing games, I don’t get to cover them half as much as I’d like to. There’s just so much on the App Store and so little time to review everything. I figured it was about time when I started playing this one. The game is called, Dirt Xtreme (by Deemedya) and it just released on the App Store. It’s a side scrolling motocross game by the team that brought us Stickman Trials and the Trials Xtreme games. 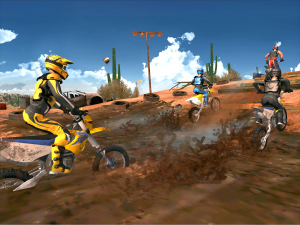 There’s not a whole lot of notable games on the App Store when it comes to “Trials” style motorcycle racing games. There are a few good ones that have released here and there throughout the years, but it’s usually always been Trials Frontier and Trials Xtreme. Instead of releasing I guess it would be Trials Xtreme 5, Deemedya decided to do a little something different and create more of a motocross feel on this game where speed is the main factor instead of balance. That’s not to say that the tracks are all standard motocross tracks. You can tell Deemedya didn’t want to leave out their love for crazy track design. 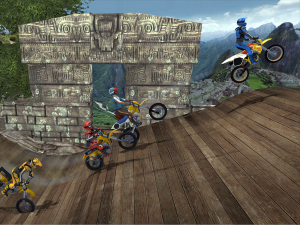 Dirt Xtreme is an “always online” multiplayer game. So, while yes, there is a main game where you play level after level, your opponents are all real people. I think in the main levels, you are technically just racing other people’s times, but then there is a full PVP mode where you are racing other players in real time. Servers run pretty smooth. I haven’t come across any major lag besides maybe a longer loading time here and there, but other than that, the multiplayer runs great. 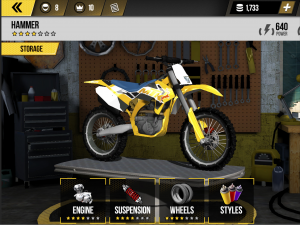 Of course, Dirt Xtreme is F2P, so you’re going to be dealing with the dreaded “fuel timer”, a few different types of currency and the good old crate drops with random parts in them. It’s the usual F2P shenanigans. It’s not worse than any other F2P games, but it’s not better either. There are 12 different bikes that can be upgraded and styles a bunch of different ways. There’s also several different riders you can unlock and gear up with new styles and animations. The game’s visuals are pretty good looking also. If you can look past the usual F2P stuff, Dirt Xtreme is a pretty fun ride. 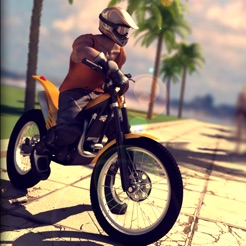