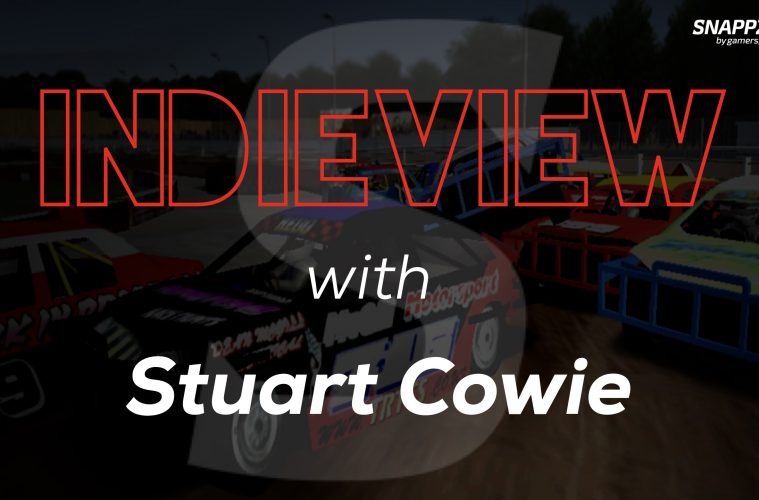 This week I got to virtually sit down with indie developer, Stuart Cowie of Madcowie Productions. He’s made some classic racing games on the App Store and Google Play. Here’s how things panned out.

Hello thank you for inviting me for the interview. Always a pleasure to tell everyone whats going on.

For those who don’t know who you are, tell the readers a little about yourself.

Hey, well I’m known on the internet as Madcowie. I used to make a lot of race tracks for Grand Prix Legends, Nascar 2003 and Rfactor. That then turned into a job for about 7 years before eventually making my own games.

To be honest it’s the same old problem. The games before this one attracted a UK Audience and this one has attracted a NZ audience. I just wish people were like me and liked everything that races short ovals.

Looks like it’s time to release “US Unleashed” next! Well, I guess that’s pretty much considered NASCAR then. But, you have a long list of racing games in your library. What made you come up with the idea/concept of this one? 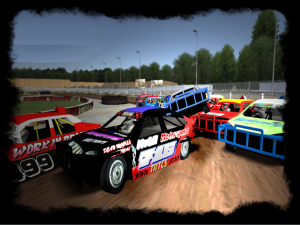 The idea behind this one was try and get noticed in other countries outside the UK and in New Zealand Stockcar racing is pretty big. Ive met some great people from NZ whilst making this game and they have been very helpful along the way. The problem is as indie developer it’s hard to promote a game on the other side of the world. A couple of the drivers from the game have shouted about it on facebook but it would’ve been nice if everyone who is in the game had given it a shout. It still amazes me to this day that you don’t do any USA oval contact racing and if you did I would of making a game for US too. At the moment I’m entertaining small countries but attracting a bigger crowd is every developer’s objective.


There is some stock car racing circuits here in the US. We have “Outlaw Racing” which is the cars with the huge spoilers on the roofs, but most of the oval racing is done on dirt. I think NASCAR pretty much took a lot of that away. There is still a scene though. It’s just in the southern areas of the country. Anyway, now that you’re an industry vet, what’s your take on the mobile industry right now? Is there anything you would change?

I think I have arrived on the mobile industry too late to change anything but one thing that’s definitely holding it back is all the free games. Everyone expects everything for free and I guess they don’t realize it’s my full time job and most of them have taken many months to develop.

Ugh. Don’t get me started on F2P. So what’s next for you? Any future projects going on? 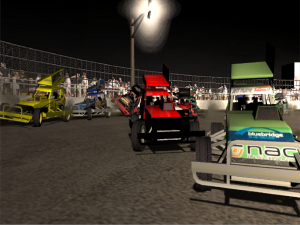 Well by the time everyone reads this I will be already previewing and shouting in my group (Madcowie Productions on Facebook) about “Arena World Tour”. The concept behind the game is it’s this big arena that packs up and travels the world and holds multi discipline racing and the championship for the game is team based therefore you have to be pretty good at all 3 classes. So hopefully if this is a success I can make a sequel with more classes of racing and more tracks. So the first game will have Stadium Off-Road Trucks, Hovercrafts and American School Buses. It’s still very much a rubbing is racing game but at the same time it’s nice to be away from the ovals! Having made nothing but oval games for the last 20 months I roughly worked out not so long ago I do about 2000 laps a week (sometimes a day!) which works out at 156,000 testing laps! It eventually takes its toll and it’s nice to be jumping through the air with a truck or drifting a hovercraft or just crashing a bus!

Yea, I saw some of the screenshots for that! It looks awesome! So, last but not least. With SNAPPZILLA being a site “by gamers, for gamers”, do you play video games yourself? If so, what are some of your favorites?


Hell yeah, for sure. I’ve been playing games since the ZX 81 and I have always heavily been into racing games. Basically anything with wheels interests me. In recent months I try a lot of the games on Google Play just for ideas. I have a warped imagination which helps out and if a game gives me inspiration then that’s good. If I think I can do it even better then that’s even better. I think where I differ to a lot of developers would be the fact I still want to make “practice makes perfect” games rather than “pick up n play”. Pick up n play games don’t last forever. I use to think a mobile game was when you were waiting for something else to happen. I know many people now including myself who sit for hours and do full seasons with my games in one night.

That’s funny. I say the same thing. “I’ll play any game with wheels in it.” I love me some racing games! Seriously, thanks for your time Stuart and thank you for everything you do for the industry. 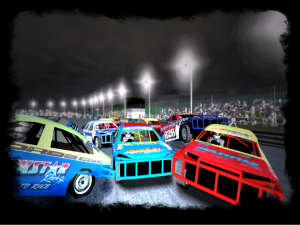 It’s a pleasure, 2 years ago I hit rock bottom and I couldn’t see the light at the end of the tunnel. I use to work for a games company based in San Francisco for 4 years. I was on holiday on the fourth year and I returned home to find  out I know longer had a job as two of the investors had died in a plane crash (65 of us laid off). About 2 months later I decided to take 2 years out of work to learn how to program. 2 years of searching google and YouTube and buying all sorts of projects just to see how other people did it. My first game on Google Play took 3 months to make and sold 31 copies! (Most of them family). At this point I really was bottom of the pile! Then I made Bangers Unlimited which got 11,000 downloads in 3 days and I thought I better make a paid version of the game. Since then the light is shining bright and hopefully by the end of this year even brighter. Whilst I am here I would like to say thank you to Amanda who puts up with my crazy working hours! When you work for yourself a weekend off never happens unless I can find somewhere to go and a normal day for me is 9am until 3am.

Well then thank you to Amanda also from SNAPPZILLA! Make sure to check out the new game NZs Unlimited from Madcowie Productions. (psst! I’ll leave a couple codes for it below. Shh!) While you’re there, check out the rest of the Madcowie library! 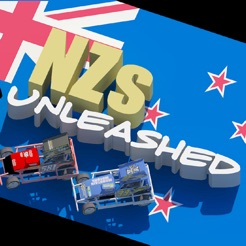