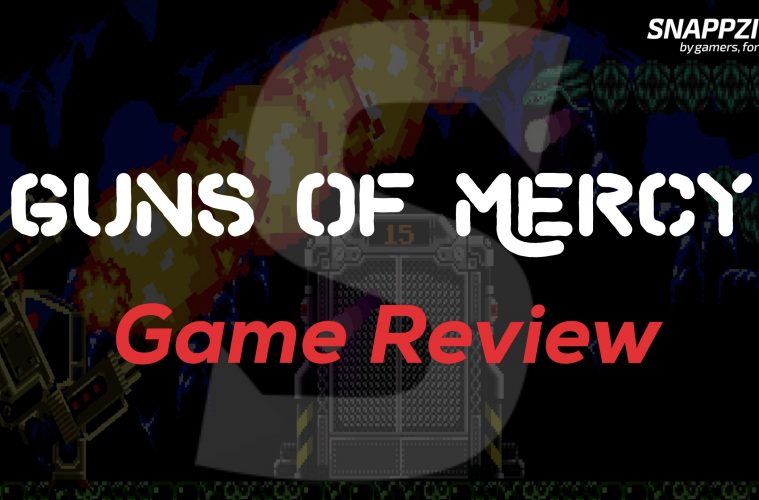 I love all kinds of games and all kinds of genres. If there’s a video games, chances are that I’ve played it. But, one of my favorite genres are shooters (or anything that involves shooting things and blowing stuff up). So, I was pretty excited when I saw this game release. The game is Guns of Mercy (by Storybird) and it just released on the App Store not too long ago. 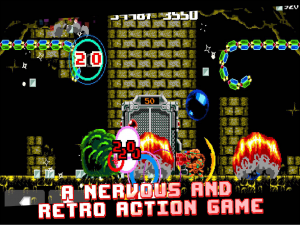 Guns of Mercy is a shooter with almost a “shooting gallery” feel to it. The story goes that it’s the year, 20XX (I guess use our imagination) and the surface has been rendered uninhabitable since “The Great War” against the alien invasion. To find peace, humanity has been living underground, but the enemy is getting close to reaching them. Your job as a Ranger is to head for the earth’s core to try and destroy them and protect the future of the people. Yup, that’s a lot riding on one person’s shoulders. 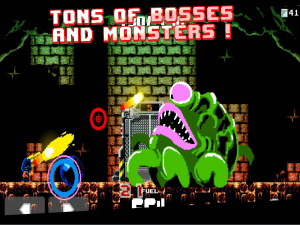 The game is set on different static levels heading toward the core. So, you start at “Level 1” where you have a predetermined number of aliens to kill. Once you hit that number, you whisked away into an elevator and sent to “Level 2” where it’s kind of the same thing. Kill X amount of enemies without dying. Rinse and repeat until you hit the earth’s core. There are also boss battles every 5 levels. Every level you make it to, the enemies get stronger and stronger. Eventually you will end up not making it. That’s when things get get fun. 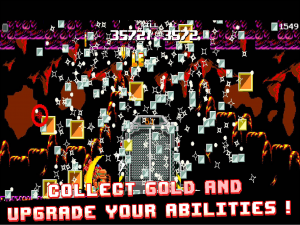 Killing enemies earn you currency (gems). Once you die (and die you will) you can use these gems to upgrade your arsenal. This is important because after you die, you have to start over at Level 1 again. So, pretty much every attempt, you get a little farther, eventually die, upgrade, start again and get a little farther than last time. It might sound a little redundant or even repetitive on paper, but it’s actually a lot of fun. 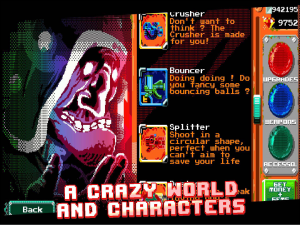 Controls can be a little finicky at times. Playing on the iPhone 6S Plus, it feels like the contact detection on the controls could be a little bigger. If your thumb slides off the virtual controls even a little bit, you lose contact. Which then you have to lift your thumb and place back on the slider or d-pad. It should be a simple fix in a future update, but even then, it’s not a huge deal. I’ve gotten used to just making sure my thumbs are riding the bottom of my phone. 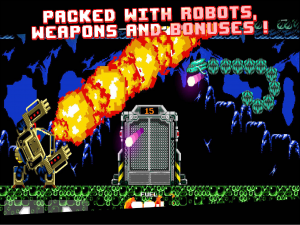 Controls aside, I really like this game. There are tons of weapons, upgrades, and accessories to buy and the game isn’t short on levels with close to 100 total and everything is pulled together in some really well done pixel art. The developer did an excellent job on Guns of Mercy. I would have no problem recommending it to any fan of action games.