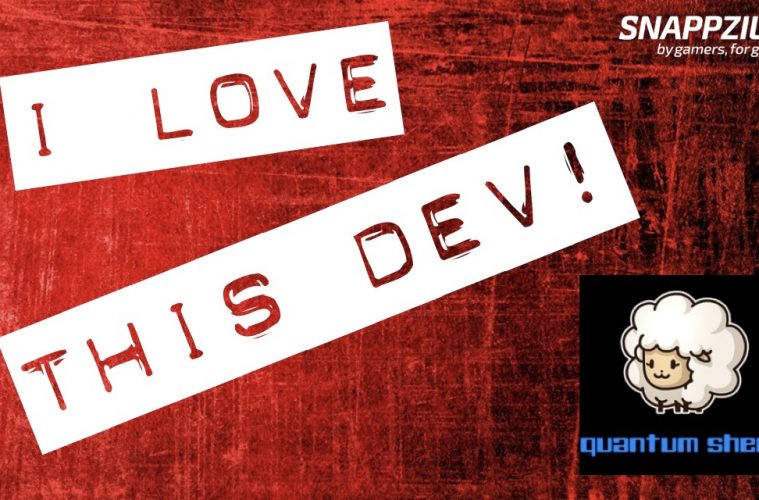 I Love This Dev! Quantum Sheep

(I Love This Dev! is a new series about game developers that we love and respect in the mobile game industry. It’s not a Q&A with the developer like in our “Indieviews”, but more of a short story about the developer and how their games effected our lives.)

Next up in the ILTD series is an indie developer that I couldn’t respect more if I tried. This person is know as “Sheepy” to some of us, but to most, the name behind the games is Quantum Sheep.

Quantum Sheep is a one-sheep development team that started out “many moons ago” making WAP games for older mobile phones. Now if you look, he has a library of 6 games on the App Store, plus makes games for Android, MAC, and PC. Quantum Sheep is currently working on Gerty: Robots in Love which is a space-based visual novel. There was also an on-rails shooter called Angel Wings that was being worked on, but I haven’t heard much about that in quite awhile. I hope it’s still alive though. It looks REALLY good!

Anyway, let’s talk about why “I Love This Dev” shall we? 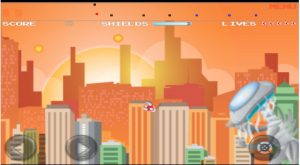 I didn’t jump on the sheepy-bandwagon until around 2011 with Air Supply-1bit Run, but Quantum Sheep’s first game was Attack of the Kraken back in August of 2010. That had to be right around the time the App Store opened. AotK is still a great game today. It’s a dogfight type of 2D shooter wrapped in great pixel art and hand drawn levels. It controls really well and still holds up to current 2D shooters. 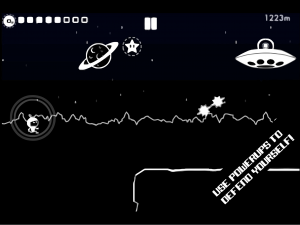 Next up was the first of the Air Supply series, Air Supply- 1bit Run. This is a side scrolling endless runner where “Spaceman Sam” is stranded on an alien moon and he has to run for his life while dodging meteorites, UFOs, and robots. It’s a really cool mashup of endless runners and shooter games and it was the start of Quantum Sheep’s recognizable artwork. 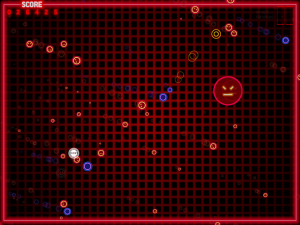 Shortly after, .Matrixx released on the App Store. I somehow missed this one when it originally released, but picked it up later on. .Matrixx is simple avoidance game with a really cool neon art style with plenty of options. That’s one thing that goes hand in hand with all of Quantum Sheep’s games, is options and content. There is alway SO much to unlock in his games. It really keeps you playing. 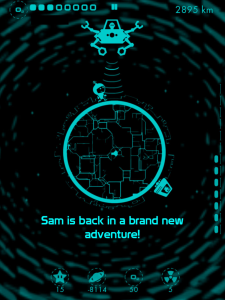 Let’s see. Next up was the second game in the Air Supply series called, Air Supply- Infinite. This one has Spaceman Sam running endlessly again, but this time he’s running in circles around different planets in search for the legendary Infinity Cups. Basically, the object is to run around a constant circle for as long as you can while jumping over enemies and obstacles. There are 8 different planets to play on and of course, it wouldn’t be a Quantum Sheep game without a ton of power ups and unlockables. I still play this one today. 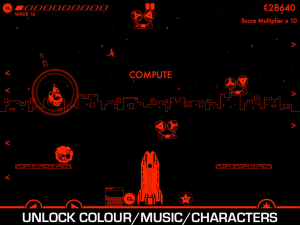 2014 was a busy year for Sheepy. He released 2 games that year and both of them have to be my favorites by him. First up was the third game in the Air Supply series with Air Supply- SOS (Save Our Sheep). This one has our friend Spaceman Sam flying around on his jetpack rescuing sheep from the Time Travel Clothing Company and putting them in his rocket. It’s a lot of fun to play and of course has a ton of unlockables and options. There’s 100 levels in total along 10 different planets. 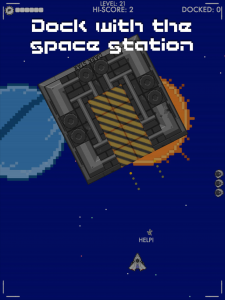 After that was Docking Sequence. Man, I love this game! This one Quantum Sheep went back to the beautifully chunky 2D pixel art of yore. You pilot your ship across 10 different systems while docking at 100 stations. It’s a really tricky game. All you have to do is dock your ship, but it’s not as easy as it sounds. There are asteroids, mines, wormholes, and even space pirates to deal with, not to mention the docking stations move and rotate at times! I still haven’t finished all 100 levels! 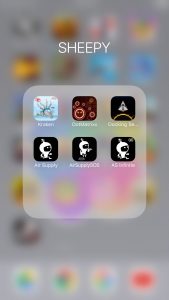 Quantum Sheep has an art style that you can recognize just by looking at the screenshots. That’s hard to do in this day and age. He’s also one of the nicest developers you will ever meet in your life. I’ve seen him chat away with complete strangers over social media like they were old friends. He has this reputation with fans where he treats them like family and they all treat each other the same. I’ve seen them all call each other “Sheepy” or talk about drinking tea together in different gaming forums. It’s like this happy little world everyone is in anytime him or one of his games are talked about. Like I said in the beginning, I couldn’t respect this person more if I tried. He’s a great artist, a great developer, and an all around great guy. I have a folder on my device dedicated to his games. I could easily recommend any of his games to anyone. That’s why “I Love This Dev!”

(I’ll just put a couple App Store links below and you can go from there.) 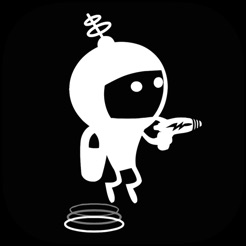 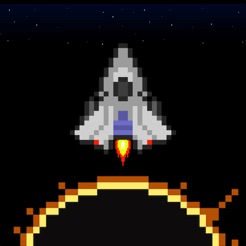 Remember, if you like what we do here, help keep SNAPPZILLA alive by telling a friend, turning off adblockers, or donating a couple bucks if you have it. We love your indie faces! -hN