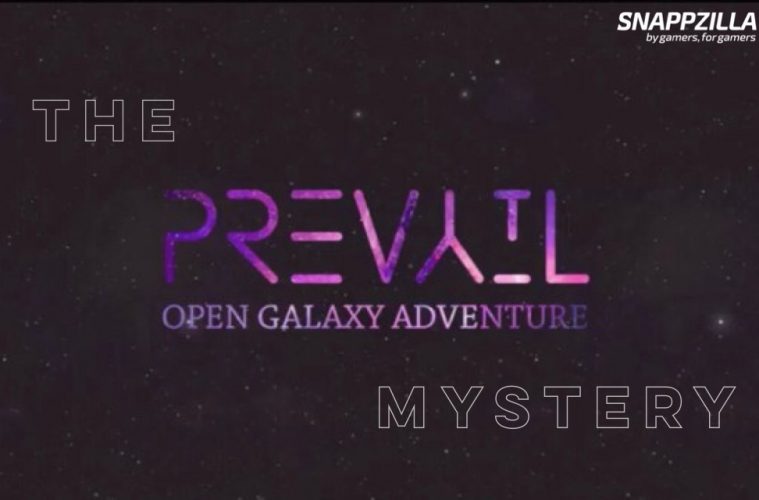 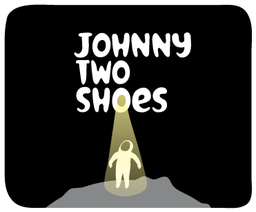 So, roughly 5 years ago a game appeared on everyone’s radar called Prevail. The game by indie developer, JohnnyTwoShoes was being compared to a mobile version of No Man’s Sky with almost endless planets and possibilities. Not a whole lot was shown on the game originally after a couple years, Prevail became almost a myth. Then it popped up again about a year ago showing that the game was still in development, so of course, it was back on everyone’s radar again.

Fast forward to early morning, January 28, 2017. Prevail popped up quietly on the App Store with no warning. It was strange that a game with this much hype would secretly just show up on the App Store with no big announcement. What was even more confusing was that the app description only contained the words, “Explore a cartoon adventure”. To top that off, the seller is JohnnyTwoShoes, but when you click on the developer’s website from the App Store, it sends you to a 404 error page that says, “You don’t have permission to access / on this server”.


I waited for a couple hours expecting it to be an accidental release and be pulled from the App Store with the quickness, but to no avail, the game was still there Saturday night. 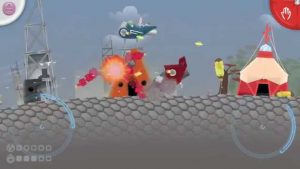 I decided to pick the game up ($4.99 USD) and install it on my iPhone 6S Plus. It’s odd because the game feels like it’s not the final version of Prevail. There is no story, the tutorial is pretty slim and confusing, but it’s all there….l.well, it at least “feels” like the whole game is there. It handles just like Plunderland does with the floaty slingshot style controls. The visuals are very reminiscent of Plunderland also. There no doubt that this is a JohnnyTwoShoes game!

I spent a good part of the night flying around the galaxy, doing endless (no, seriously ENDLESS) taxi missions, stealing other ships and battling what I think would be “the enemy”. I was riding land vehicles and launching over hills, getting trampled by weird creatures running around, I even found a rocket launcher type of weapon that would distort the landscape when it exploded. I spent a good 20 minutes exploding a huge hole with that thing! I almost had the entire planet separated in two because of it! It was like playing a game of “Futuristic Seinfeld”. I spent hours doing absolutely nothing, but had a blast doing it. I mean, the game universe is huge! 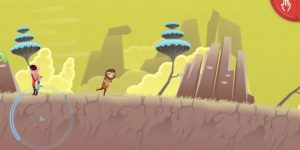 You can tell just by playing that something wasn’t right though. Lots of weird little bugs like people or creatures just dropping to the ground and twitching like they were dead, only to come back to life when you picked them up with your finger. (Your real finger.) The game also crashed on me several times. This is when playing with the 6S Plus. I’ve read stories of only white screens and black bars on other devices. I haven’t even tried the iPad yet. Mix these issues with the things I mentioned earlier and you have yourself a nice spicy “not finished sandwich”? (Yea, that makes total sense!)

The big question is: Why or how DID Prevail release in this state and better yet, why did it release the way that it did? Some think that it could have been a feud between JohnnyTwoShoes and Glitchers (publisher of Plunderland) and JTS decided to just release the game now instead of delaying the game anymore than it already has. Some say that it’s a ripoff that’s on the App Store right now. Some say that the developer just didn’t have the resources to go on and decided to just release what they had done. Some say that JTS was pretty much tired of this game and decided to release it and see what happened. Either way, there has been no word from JohnnyTwoShoes since the release. Maybe we’ll never know? It would be a shame to see the game release like this after 5 years in development though. 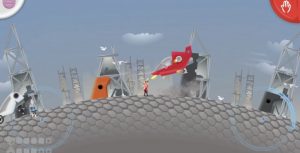 So, until we hear anything else, the mystery continues………………