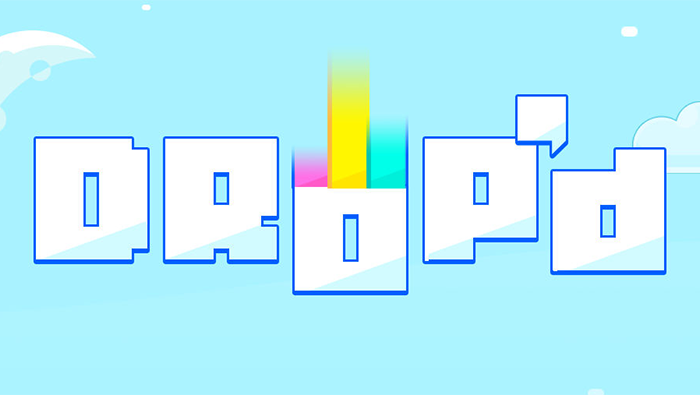 Each week there are loads of casual high score chasing games released on the App Store. This is no bad thing, they’re usually perfect commuter games which you can typically play with one hand. Well Drop’d, dropped (sorry) into my life as a UK featured game and part of the #SNAPPchallenge and I bloody love it.

Because I was competing against @hashtagNoen and @TigerrrUppercut I played Drop’d intensely for a couple of days – more than I usually would on a single title as I’m supposed to be playing other games for potential reviews. Something like that anyway. In fact this is supposed to be a review of the game and not about the most recent SNAPP Challenge but before I move on, I would just like to say I finally beat @TigerrrUppercut and we hit the top 5 out of 42k players. Now that another 20k have been added to the leaderboard we’re just still in the top 10 (Jan 23rd) – phew.

Ok, so what’s Drop’d all about then? The 30s video above will give you a taste of what’s on offer, which is a one-handed, single tap, casual game about navigating your way downwards via the moving platforms. The graphics are sooo glossy and polished I could eat my dinner off them. They also look heavily inspired from the world of an infamous red moustached plumber – so let’s call it a homage.

Drop’d is all about timing as the platforms come in various sizes and move at different speeds, some very erratic. They can also toggle their visibility and even move off screen appearing on the other side – those pesky platforms. But have no fear, there’s a power up to help you drop a little more safely, well sort of. I say sort of as the power ups have a real risk/reward thing going on. Once collected, each power up has a timer before it expires so if you’re not paying attention, that platform which has just grown bigger from using the carrot, will return to it’s original size as you drop down to land on it – so watch out!

These subtle flavourings in Drop’d make it stand out amongst other single tap games, so I urge you to take 10 mins and play a few games to appreciate the full flavour for yourself.

You will also find lots of characters to collect, which are purchased via the in-game currency you earn from collecting stars and there are neat little bonus levels to bump up your star count.

Drop’d is a perfect casual high score chaser which will keep you entertained until you finally beat my score. So I’ll see you on the leaderboard. 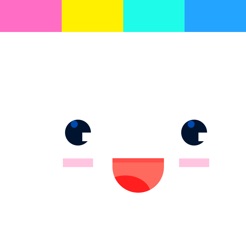