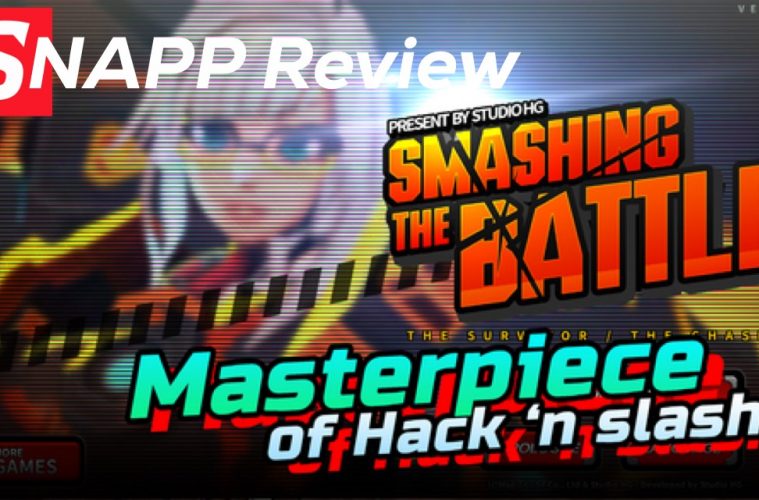 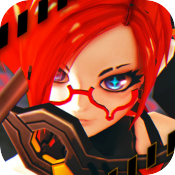 So, I’ve been a fan of MagicCube since they first appeared on the App Store. For the most part, I’ve enjoyed every release. They weren’t all that different from each other in the visual department, but always seemed to come up with new ideas. Lately they have been doing some publishing of other developer’s games. The last one was Infinity Duels and I ended up really digging it. With this game, MagicCube just might have two in a row for me.

The game is called Smashing The Battle and is developed by a studio called, well, Studio HG. This is the first I’ve heard of these guys, but from what I’ve played so far, they seem like a pretty talented group. 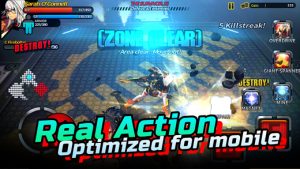 Those of you who have played the Dungeon Hunter series or any other “Diablolike” (Yea, I just made up a word there.) will feel right at home with STB. It plays and controls a lot like those popular action RPGs with the v-stick on the left side of the screen and buttons to mash on the right. I will say that there is a little more focus on the action part in this game with stringing combos together and earning high scores. To be honest, Smashing The Battle is actually described as a hack & slash game on the App Store.

The story goes that in the year 2085 a construction site falls victim to a major hacking incident and all the construction robots start attacking humans. Your job is to figure out where the hack is coming from and pretty much kick every robot’s ass that gets in your way. Actually, the story is a lot deeper than I expected it to be for an action game. There is quite a bit of dialogue. 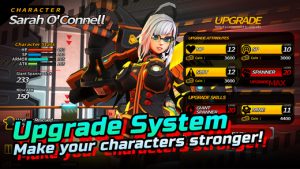 Like I said earlier, the controls are pretty familiar and they work really well in the game and the visuals are top notch! Even down to the ever so slight “jiggling” of the breasts when your female protagonist is in one of her dialogue sessions. STB does have a lot of polish!

I’m still working on the game, but I figured I’d do a quick SNAPP Review while the game was still at 80% off to celebrate the release. I’d definitely say Smashing The Battle is worth the buck right now. Between the smooth gameplay, the “jiggly” visuals, and all the extras the game has, you can’t go wrong with this button masher.