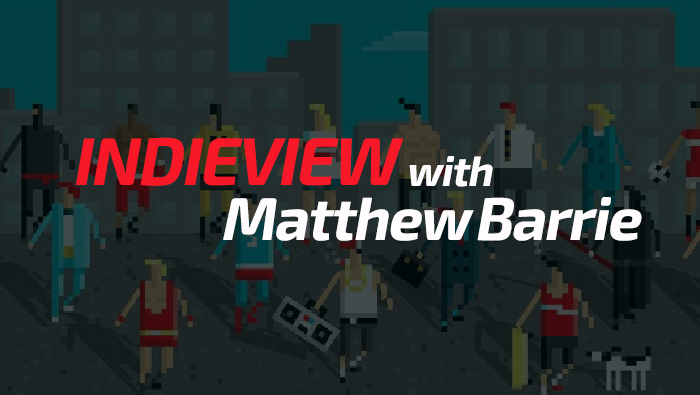 This week I got to virtually sit down with indie developer, Matthew Barrie. This is how things shook out. (FYI, I’m the handsome one in the bold and he’s in italics.) 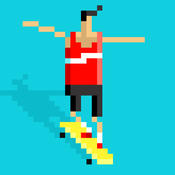 Hello Matthew and welcome to SNAPPZILLA.

Thanks for having me.

For all of those who don’t know who you are, tell us a little about yourself.

I am Matthew Barrie. I graduated from the University of Washington with a degree in Computer Science in 2012. Since graduation, I have been working full-time as a software engineer at Chief Architect Software. I created my first game at college. It was a flash game called “BLOB: Escape from Lab 16B”. In 2015 I started working on some game ideas, programming in the evenings and on weekends. I have four games on the App Store so far and they are all free.

So, your newest game, Board 2 Death has been out for a little while. How did launch go?

Board 2 Death launched in June and it was a big success. It was featured in Europe, Japan, China and many other countries around the world. Worldwide it has been played over 6 million times and keeps on going. It was the biggest launch of any of my games so far.

So, how did you end up coming up with the idea/concept of Board 2 Death?

My first game, Frostyboarder, featured a snowman snowboarding down a snowy mountain collecting snowflakes and dodging trees. My friend Colin Lane, who is a mega successful app developer, recommended taking the mechanic from Frostyboarder and adapting it for a skateboarding game. There isn’t any shared code between the two games but they do share the single touch gameplay to change directions. I just kept building on the skateboarding theme. In this new update, I’ve added a ton of new content and refined the gameplay.

Now that you have a few games under your belt, what’s your take on the mobile industry? Is there anything that you wish you could change?

The mobile industry is really amazing. It’s so cool to think you can create a game, put it up on the App Store and it might be downloaded and played anywhere in the world.

So, what’s next for you? Any future projects going on?

I love making games so I plan to continue to doing that. There are many game types and visual styles I want to explore. I spend a lot of time prototyping new ideas. Recently, I have been doing some work on a pseudo 3D engine that could be used in a future project.

Last but not least, with SNAPPZILLA being a site by gamers, for gamers, do you play video games yourself? If so, what’s some of your favorites?

I enjoy playing both mobile and console games. A few of my favorite games on mobile are Halo: Spartan Strike, Dunkers, It’s A Space Thing and Lastronaut. On console, I enjoy the Halo, Killzone and Gears of War series, especially playing online with friends. That love of multiplayer inspired me to add a two player mode to Board 2 Death in the 2.0 update.

I appreciate your time Matthew and appreciate everything you do for the industry.

Thank you very much. I appreciate all the work you do at SNAPPZILLA, helping us gamers stay informed about whats going on in the gaming world.

(Make sure to check out the 2.0 update for Board 2 Death coming this week. While your there, check out the rest of Matthew’s games.)