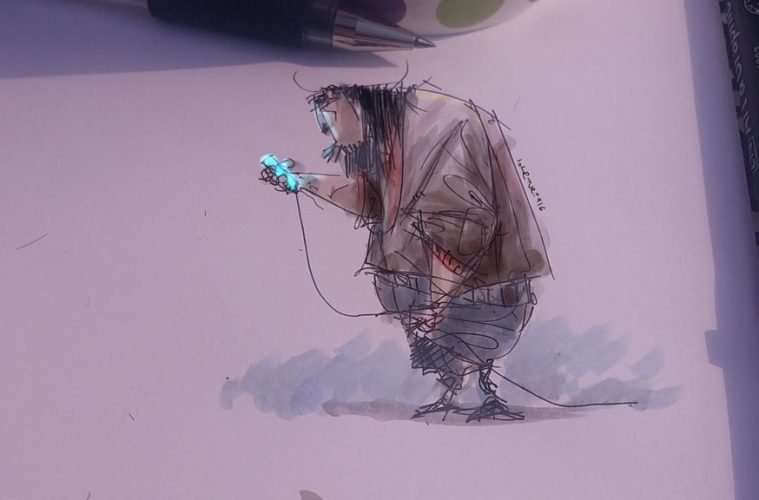 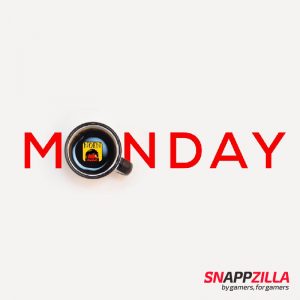 Well, well, well. Fancy seeing you guys here again. Care to join me this morning for a little coffee and swiping? I only have one rule and that is that you don’t hold your coffee cup with two hands. It just looks stupid. Like a Folgers commercial where the actor picks up their cup with both hands and smells the coffee. Ugh!! Drives me nuts! Nobody does that! Sorry, where was I at again? Oh yea, GOOD MORNING EVERYONE!!

Welcome to another start of the week with yours truly. We are going to laugh, cry, and maybe even kiss a little this morning while I talk about the crazy week we had in mobile gaming last week. So, let’s just get right into things shall we? This is Coffee & Swiping……

First things first, I want to talk about SNAPPZILLA. As you can see we have another sketch by “The Great Laszlo”. (That’s how I will refer to him from now on. It sounds kind of like a magician’s name.) So, I’ve got give him props again for sticking with us. Make sure to check out his other work on his Twitter and Instagram.

We also have a new SNAPPlogo (Yay!) at the top of the site! This one comes from indie developer, Matthew Barrie. Matthew’s father and himself are the developers of the awesome game, Board 2 Death and they have a big update coming this week on the App Store. So, we are celebrating by having the logo up all week, with an Indieview and a SNAPP Review following later on in the week. It’s gonna be huuuuuge!

I just want to personally thank everyone for their support in these first 5-6 months from the both of us. It’s been absolutely amazing. That’s not to say that it hasn’t been tough for us. We’re up against some pretty big sites in the same field. Not to mention that we don’t write about what’s “popular” at the moment. So, it’s tough gaining readership at times. Both James and I are taking time away from our families. James has a regular job and also works on the site every chance that he gets and as for myself, SNAPPZILLA has been a full-time job. So, we appreciate the people who have donated a little spare change to help us keep afloat. Like I said before, we get practically nothing from ad revenue right now, so every little bit helps. The “donate” button is still there on the home page (the coffee cup on the bottom of the page on mobile and right hand side on tablet and desktop) if your feeling frisky. Again, thank you guys for everything. We hope you enjoy what we do because we enjoy doing it.

Alright, that’s enough about us. Now on to the rest of the world of mobile gaming……. 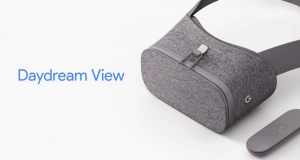 As for the news of last week, Google unveiled their new “Daydream View” VR Kit (and new Pixel phones) at a special event they held. The DV is a pretty nice step up from their Cardboard kit from what I’ve seen of it. It comes in several colors and has a soft “cloth” like look and feel to it. It also boasts a small Wii-like motion controller that connects inside the kit for storage. The only bad thing right now is that it’s only compatible with Google’s new Pixel 5 inch and 5.5 inch phones. I’m sure in due time, it’ll be compatible with Android devices. The one thing I’m not sure of is if there will ever be support for Apple products. My guess is a “he’ll no!” The Daydream View will set you back $79.99, so I guess you could still call them a “budget” VR headset. I think I paid $1.50 for the Google Cardboard that’s collecting dust in my game room right now. It was kind of fun for a minute. I’m still not on the whole VR bandwagon just yet. We’ll see how things go when the PlayStation kit releases this week though. 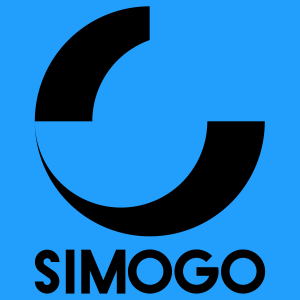 Simogo announced last week in their blog that they are working on a new title (unofficially) called, Project Night Road. In a pretty long and riddle-y post, they mentioned that the new game would be more…..well, “game-y” with different goals and scoring systems. They also went on to say that this is going to be a really big game and that it won’t actually be announced this year outside a teaser image or two. Pretty much it was typical Simogo with the riddles and trying to read in between the lines. They ended the post with a comment like this……….. “So. Lastly. Some things this game has: A bunch of characters. Motorcycles. Dancing. Masks. Weird powers. A mysterious thrift store existing only in a girl’s dream. And a really, really cool soundtrack.” So, we’ll see in the coming months what PNR is all about.

A bit of sad news from last week is that the new Ravensword: Legacy by Crescent Moon has been put on hold for now. Here’s the post from the Ravensword: Legacy forum,…….. may pick it up again next year. The main artist had a full time job and he could only work on it a few hours a week, and then he just didn’t have any more time to work on it. I’d have to find a new person to take over the job at this point; we’ll see how it goes.” Hopefully things pick back up next year. Josh and his team have always done an excellent job on the Ravensword series.

Alright. I think that’s it for the actual news of last week. The rest of the news has to do with new releases and updates, so we’ll get into that. 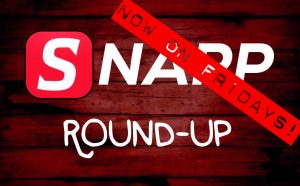 As you can tell by last week’s SNAPP Roundup, it was a ridonkulus week for new games! Not only did we have quantity, we had quality titles too. It’ll take me weeks to get through everything. Although, you can just check “Noen’s Nuggets” in the roundup, I’m just going to go over some of the highlights of last week in kind of an odd list form. (Because I really don’t know how else to do it.)

Aspyr Media finally released the port of Bioware’s 2005 game, Jade Empire. If you haven’t played the original, I highly recommend this one. It was a really under appreciated RPG in my opinion because of KOTOR. Without doing a full review here, I’ll just say that the game is really good and Aspyr has done an excellent job porting it to iOS.

Another great one from last week is Halfbrick’s Dan The Man. I was able to play it while it was in soft launch and I think I may have even did a gameplay video on it, but this one is another “must have” game. Really good pixel art, great controls, and a surprisingly good amount of depth.

Mafia 3: Rivals released along side of its console partner last Friday. I’ve had a chance to dig into it a little and I don’t know. I’m not that impressed. It just feels like a reskin of a million other social RPGs with a whole lot of swearing. (I don’t mind swearing in games. This just seems way over the top just for the sake of being “edgy”.) It’s F2P, but as of right now, it gets a pass from me.

A couple big indies released last week also. Invisible by Klei and That Dragon, Cancer By Numinous Games. Both games have been highly praised. As for me, I’ve only played Invisible so far and can probably recommend it to MOST people that enjoy the stealth genre. As for That Dragon, Cancer, it’s still on my to-do list. There’s just been too much to play and as I’m sure with a lot of readers, this game tends to “hit home” a little with me, so I wanted to give it my full attention once I started playing. It most likely will be sometime this week if anyone is waiting for a recommendation from your pal NOEN.

As for updates, there were of course a bunch. I really should just do a SNAPP Roundup every week with all the notable updates of the week. There’s just so many every week and it just makes C&S that much longer. So, I’ll just mention a few here to give you a heads up on them.

Telltale already released Episode 2, “Children of Arkham” for their Batman game. I still haven’t even gotten through Episode 1.

Dash Quest released their 2.5.2 update to celebrate their first birthday. There’s a bunch of limited birthday gifts and items in this update, so make sure to play as much as possible if you want to get everything.

Pocket Rush received an update with a ton of fixes. No new content, but it’s still worth noting because the game is so much more enjoyable now.

It’s A Space Thing received 2 new bosses and 6 skins in its new update.

Boombit released a big iOS 10 update for Lock the Block with new levels and you can now play on the Apple Watch. Im happy about this one.

Sudden Watermelon got an update with a D-Pad! Yay!!

Lastly, Shadow Fight 2 received a big update with new challenges, a new menace, discounts, and a bunch more. This one is definitely one of my top fighting games. Highly recommend it.

Okie Dokie. That’s about it for me this morning. Sorry to kind of just throw everything together at the end there. Like I said, I think I might do something different with all the updates next week. Anyway, have a good week everyone and remember to keep on swiping……… 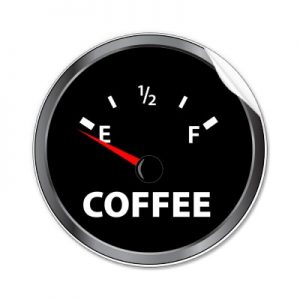