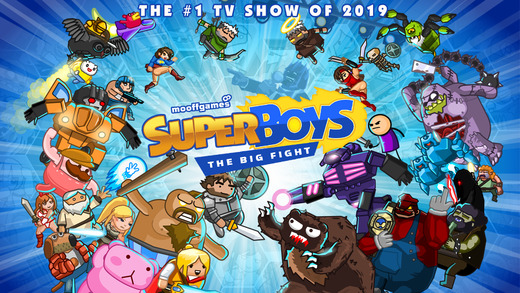 (This is another one of my earlier reviews that I found on my old Tumblr page. It’s a little rough around the edges, but still worth a read.) 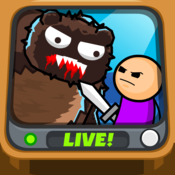 Autumn is once again upon us. The temperature drops and the leaves turn all pretty then fall to the ground. Oh, and the best part of Fall, all the big name video games start finally releasing. We’ve been watching sneak peek trailers from E3 all summer and now they are finally getting into our hands!
With all these AAA games starting to release, I can’t seem to stop playing this one game that’s been on my phone for about a week now. It’s called “Super Boys- The Big Fight” by Moof Games.
Now, fist look at this game and you might think it was drawn by one of your kids or your little sister or something, but that’s all part of the beauty of this game and most of Moof’s other games. I absolutely love the art style of these guys. It’s simple, yet detailed at the same time.
So, to the actual game itself. I guess I would call it an RPG Brawler?? I don’t know. It’s tough to try and slap a label on games. It’s not my favorite thing to do. 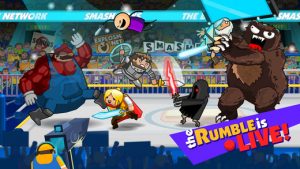 Trying to to spoil any of the story, the game takes place in like big arena at first. It’s almost like Super Smash Bros meets the WWE. You start off with getting a random character and within seconds, your thrown right into a match. There is definitely no hand holding in this game. From there, you will fight numerous opponents ranging from characters from other Moof games, to recreations of game characters of yesteryear. All with the “Moof flair”.
There are TONS of matches to fight in this game also. The content is almost unbelievable! You have 1 on 1 matches, 2 on 2, Royal Rumble style matches, PVP matches, Bosses, Mini-Bosses, the list goes on. All matches are in different in their own way. They can be in a wrestling style ring, in an alley, on a mountain side, even a match that feels like your in The Matrix. 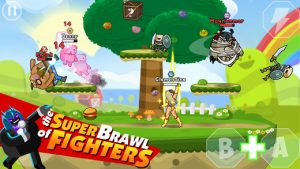 You can play how you want. If you want to stick with one character and keep upgrading him/her, you can. After each fight, you earn money and upgrade tokens. You can use the money for a chance at “The Wheel” to get a better character. Characters range from one star to 5 stars. You can use weaker characters to upgrade stronger characters or use the in-game currency and upgrade tokens to upgrade individual strengths and skills. There is also a workout room for you to upgrade a character when your not playing for a cost. You also get rewarded for collecting these characters too.
There are tons of things going on in this game. Almost too many to mention. I’ve yet to finish the game because of all the content. Every time I turn around, something new is popping up!
I will say that the game is tough! At first I thought it was almost too tough, but once you start upgrading your fighter and figuring out different moves, it goes from thought, to challenging. It’s definitely not easy! 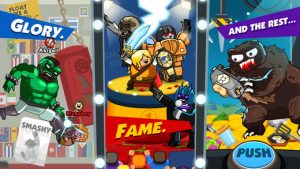 As far as controls go. You have a v-stick to move, a jump button, attack button, and you special button. The controls have always been great for me, but there have been quite a few people that felt differently. Moof has already been on top of it and fixed any issues that people had. They have been very vocal in the gaming forums and you can tell that they are passionate about their work.
Definitely check out Super Boys on the App Store and while your there, pick up the other Moof games that are already out. They are all really good. 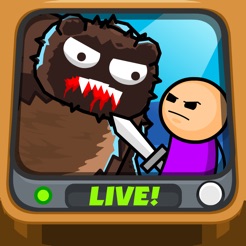