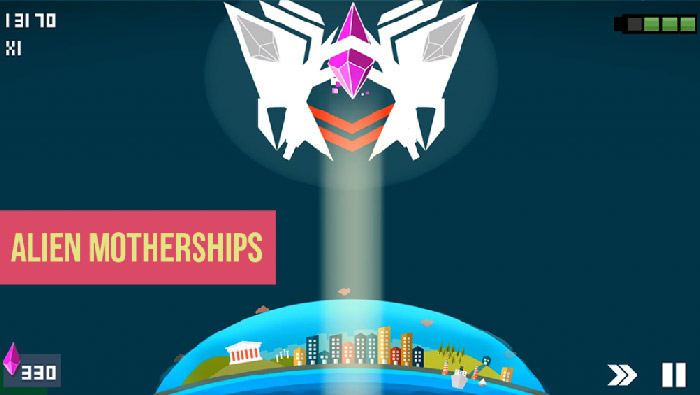 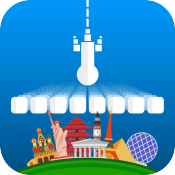 Have you ever started playing a game and thought to yourself, “I swear I’ve played this before!” That’s what happened when I first started playing Line Defense. It’s nothing bad. With how many games that release on the App Store on a daily basis, it’s bound to happen from time to time. But once I started digging int the game, I figured out that it just the mechanic that felt familiar. The rest of the game is unique in its own way.

The title of the game says it all. In Line Defense, the world is being invaded by an alien menace. Missiles, asteroids, bombs, and a whole slew of other stuff is raining down toward earth and your job is to defend the planet by drawing lines with your finger to block the incoming threat. 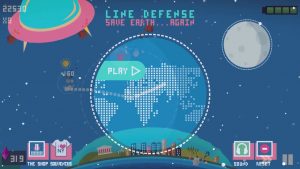 You start off in New York and from there, you’re off to Paris, Moscow, London, and other parts of the globe. Each level consists of 100 different incoming objects. If you can manage to block them all, your greeted with a boss at the end of the level and each boss has a different way to defeat them. I will say that the game can get TOUGH! It took me quite a few tries just to get through New York! You also earn crystals during each level and you can use these crystals to buy different power-up in “The Shop”. You can also level up your “line” and make it longer, add cannons, radar, ect. That was what really hooked me into the game.

Legal Radiation Team did an excellent job with the one. They turned a simple mechanic and created something special. The visuals are really unique and there are a TON of extras! I’ve put in quite a bit of time into the game and haven’t even come close to collecting and upgrading everything. Line Defense is F2P, so there isn’t anything stopping you from picking up this gem. 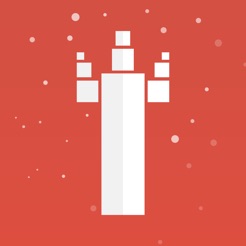