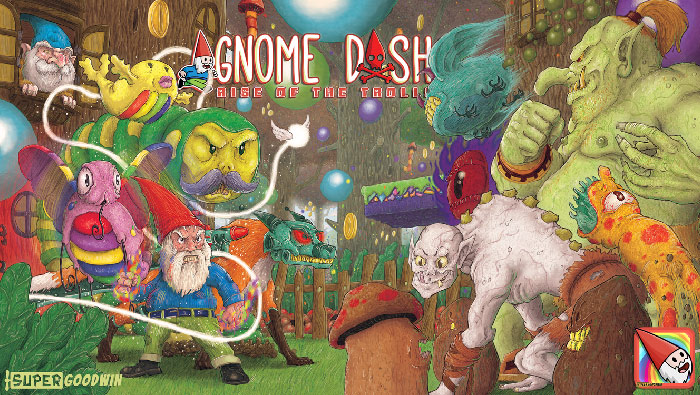 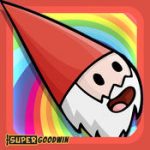 Every now and then a game comes along that just surprises the hell out of you. You expect it to be just “ok” or mediocre and the game picks you up and pretty much slaps you across the face and says, “You’re going to remember me for the rest of your life!” Ok, I might be exaggerating a little, but still.

That’s pretty much what happened to me with Gnome Dash. (Besides the face slapping.) I downloaded the game expecting your average, everyday, run of the mill side-scrolling Endless Runner. Let’s be honest, Endless Runners release almost daily on the App Store and I’d say I’ve seen quite a few of them that have gnomes in them as their main protagonist. Plus, the screenshots on the App Store just didn’t do the game justice. The description is what originally made me download the game with it talking about “smashing trolls and riding a moustached worm underground”. Seriously, you can’t pass up a game with a moustached worm! I’m pretty sure it’s a law anyway. 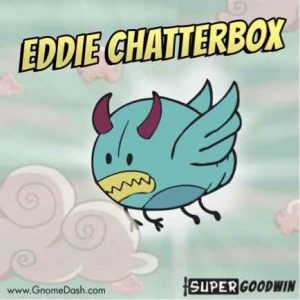 Gnome Dash was created by indie developer, Chris Goodwin and is actually his very first game on the App Store. Over the last 3 years, he taught himself how to code, program and design while working on the game. He’s done all of the art, music, ect. in Gnome Dash on his own, so it really is a passion project for him……..and it shows in every aspect in the game.

Once started for the first time, you are greeted with a cute little story showing how the trolls have taken over the village of St. Relaxington. Everything looks like it was hand drawn and straight out of a cartoon. The colors are bright, the characters are charming, there are tons of little details everywhere. I notice something new every time I play. Then there is the music. It’s one of the better soundtracks that I’ve heard in a mobile game in a long time. It’s real ear candy. Not to mention there is a lot of different tracks, so you don’t end up hearing the same loop over and over and over like in most games. 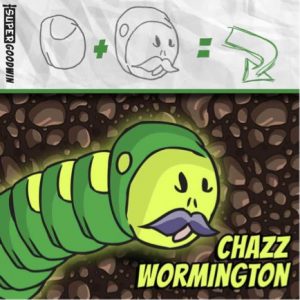 There is a brief tutorial after the opening scene. Nothing too complicated. The controls are pretty basic as you would expect in Endless Runners. Your little gnome runs automatically and you tap on the screen to jump. Pretty easy stuff. You can hold your thumb on the screen to glide/coast down from each jump and once you start getting different power-ups, there is a button on the upper right corner to use them. You can also swipe down to lower yourself from upper areas. That’s pretty much the basic control scheme. The game changes up quite a bit later on, but the basics are still there.

Whilst I’m already talking about changes, I might as well chat about them a little. Like I said earlier, the game changes up quite a bit. Yea, you start off with your gnome just running and jumping, but after you start completing missions, you’ll start opening up different “worlds”. These worlds range from Forest World, Worm World, Sky World, Under World, and so on. There are a lot of different worlds. What unique is once a world is unlocked, you still start every run in Forest World and you have to find the different worlds that stem off the original world. It’s nice because it makes every run different in its own way. This is where things change up. Each world that you get to acts and reacts differently, like Worm World, your riding on a huge, mustachioed worm and Sky World your bouncing on bubbles up in the clouds and Bee World, your……..well, you get the gist of things. I don’t want to spoil too much. 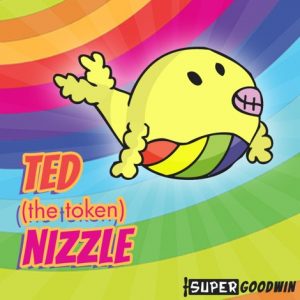 And where would an Endless Runner be without coins to collect and a store to spend them in? In Gnome Dash you collect gold coins that are spread out all over during each run. There is also “Skull Tokens” that act as the “premium currency” in the game. They can be used to skip missions and buy extra rare items. You can buy both through IAPs, but I really haven’t had a problem collecting either. Yea, the Skull Tokens are a little tougher to come by, but they are there and CAN be collected pretty frequently. In Noyman’s shop, you can buy different kinds of magic to help you out along your way. These range from magical hats, potions, super jumps, ect. Then there is the “Sensual Looks” department where you can buy cosmetic accessories like different pipes and backpacks. You can also use your earned coins and tokens to buy different music tracks. Like I said, there is a lot of different tracks and each one is beautiful in its own way. There is also a department in the store that I haven’t even unlocked yet. I still have to “master the bee” for it to open. 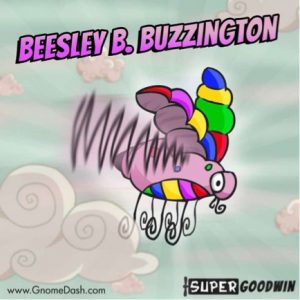 I swear. I’ve been playing this game non-stop since it was released and I still haven’t seen everything. There is just so much content in this game! I haven’t even mention the two mini-games invitee home screen. There is Fairy Tap where you have to tap X amount of fairies in a certain amount of time and there is the Mini Pink Buzz game that is almost like a gnomey version of Flappy Bird. There are 100 different quests to do and by completing these, you will get all kinds of rewards like unlocking different worlds. THEN on top of all that, there are different “Projects”. Right now I’m working on Project: Swift still which is “the ultimate troll killing machine”. You find different parts scattered throughout the worlds and collect them toward completing your killing machine. There are a couple different projects that I know of.

I know this all sounds like a Gnome Dash infomercial, but honestly, it’s a review. I just can’t find anything not to like about this game. If I had to find something, I’d say that I wish the game was universal so I can see everything in all its glory on the big screen, but that’s pulling hairs. The last time I felt like this about an Endless Runner was when Punch Quest by Rocketcat/Madgarden first released. There was just so much to do and collect and it felt like a different game every run. That’s how Gnome Dash is. Every bit of the game is polished and detailed. The writing is hilarious and there is so much to find and do. Not to mention there is a whole lot of “Coming Soon” stuff too. I can’t imagine more content being crammed into this game, but I really look forward to it. 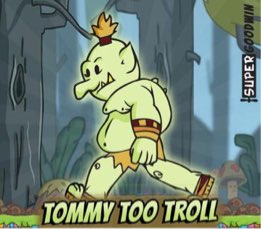 I’m sure I’m probably missing some stuff with everything that’s in the game. Like all the little secrets you can find like tapping on the gnomes face on one of the home screens to get a ton of coins or how the credits are even detailed and worth a watch. Honestly, if you’re at into Endless Runners or even if you’re not, I highly recommend checking Gnome Dash out. This developer definitely deserves all the support he can get.

Make sure to pick up Gnome Dash on the