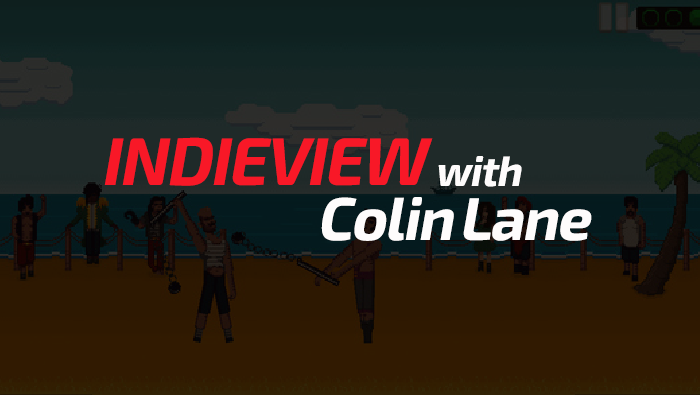 This week I got to virtually sit down with indie developer, Colin Lane hot off the release of his and Folmer Kelly’s new game, Dunkers. This is how it all went down.

Hey thanks for having me!

For all of those that don’t know who you are, tell us a little about yourself.

I was born in Scotland in 1981, quite perfect timing really for video games, By the time I was 6 the Nes and the Master System had just came out, I knew right away I loved games. My brother and I had almost every console that came out through the following years, right up to present day where I have a PS4 at home. However it was the invention of the iPhone and the Appstore that really paved my way into game design. I have always loved mini games and was also a big fan of hand held gaming. The idea of designing big AAA console games never appealed to me, but I couldn’t wait to be a part of the hand held touch screen gaming scene.

I started with Flash games, designing a few arcade games for Portals such as Armor games and Miniclip, who I still work with today. Then in 2014 I launched my first Mobile game Wheelie Legend.

I loved Wheelie Legend. So, your newest game, Dunkers just released. How has the launch gone so far?

Really well, best launch so far for my little company. Its the first time we have had banners requested from apple and its great to see them up in some of the stores. I think Folmer did a great job with the art on this one, I love the icon. Im kicking myself a little that I didn’t do a tutorial, I thought it was simple enough that it wasn’t needed, but based on the reviews and videos I’ve seen, some people have having issues with the controls. I blame Flappy Bird.

Haha. I blame Flappy Bird for everything! So, how did you come up with the idea/concept of Dunkers?

I like wacky physics sports games. Soccer Physics has always been a strong inspiration in my games, I think its genius. I also wanted to try to capture some of the wild random fun that happens in Wrassling. I am also a fan of the game Bouncy Basket Ball that has dunking in it but its quite hard to do. So basically it was a Wrassling based game inspired by Bouncy Basket Ball that was purely focused on Slam Dunks.

Now that you have your 8th game released on the App Store. What’s your take on the mobile industry? Is there anything you wish you could change?

You would probably think I would say “I wish I could charge $2 for my games and not have to use adverts”, but I don’t. I actually now prefer free with adverts for arcade games. Removing the pay barrier opens up the game to anyone with a device, kids, teenagers or anyone else who doesn’t have a bank account can play my games without having to pester their parents for money every time they want to download a game. I still get paid, they get the game. If they don’t like the adverts they can pay the $2 to remove them. Then there is also the fact there is a lot of junk out there. I’ve paid for games on the App Store that were so bad I deleted them 5mins later, have that happen to you enough times and you start thinking twice about paying for games. I still pay for a quality game but I normally ready reviews and watch videos first, very few impulse buys.

If I could change anything it would be the Google Play was more like apple when it comes to store curation. I think Apple do a great job of helping small devs with little to no marketing budget get exposure. Google Play is like the abyss to me, I release the game and it drops in the ocean then fades out of view.

Yea, that was one of the reasons we created Snappzilla. There are so many great games that haven’t received attention and have just faded away.
So, now that the game is out, what’s next for you? Any future projects going on?

Next will be a couple of big updates for Dunkers to add more content. I have a few prototypes floating around, still waiting to see what one I will go forward with next. I love Golf games, maybe Battle Golf 2 and a new twist on Golf. Wrassle Golf? haha, eh no.

Wrassle Golf! Do it! Do it now! Haha
Last but not least. With Snappzilla being a site for gamers, by gamers, are you a gamer yourself? What are some of your favorite games you’ve played?

Currently with work and a new baby my gaming sessions are generally short so the PS4 is gathering dust, I was playing GTA 5 and Rocket League a lot end of last year beginning of this year. I generally do 1 or 2 runs of Vlambeers insanely good Nuclear Throne on my mac each day, when I have finished work for the evening or just when I need a break.

Obviously I love mobile gaming but I bow down to Noen’s knowledge. But I have played quite a lot of random or obscure games. Some favourites are Eufloria, Autumn Dynasty, Block Fortress, World of Goo, Altos Adventure. Some more obscure ones would be Bus Derby, Helix, Space Borders, Drift’N’Drive, Cat Physics. Currently playing Snake Bird, Bangers Unlimited 2 and Ping Pong Run.

Haha. “Noen’s Knowledge”. I like the sound of that. Like it should be at the entrance to a library or something. Can somebody get that done please? Anyway, I appreciate the time Colin. Congratulations to you and Folmer for the release and good luck!

(Make sure to pick up Dunkers on the App Store if you haven’t yet.) 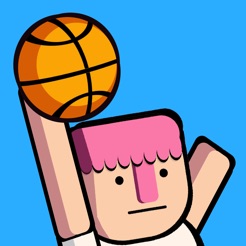