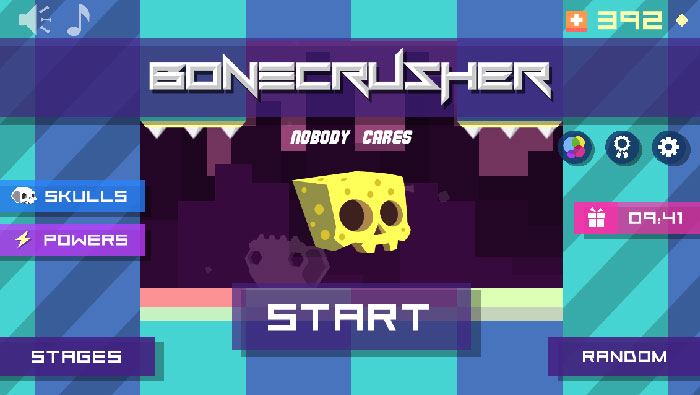 Bonecrusher popped up on my radar a few weeks back and I was intrigued by the name, the icon and the screenshots – specifically the colour palette and vector style graphics (someone has done their job well).

When I first fired up Bonecrusher it was an immediate assault to the senses, the pumping soundtrack, the thumping columns and enough onscreen UI elements to confuse a fighter pilot. My advice, just hit Start.

Once inside the game, the music jumps up a tempo, the UI is cleaner and then it’s game on!

Played in landscape you play as a skull (with the obligatory unlockable skins to collect) and you are tasked with collecting bones without getting smashed by the thumping columns which randomly come crashing down before springing back up.

So at it’s heart, Bonecrusher is a quick reaction, high score chaser, but boy is it bloody addictive.

The colour palette is bold and striking, the music is frantic and fits the style perfectly. The controls are responsive and the game play is super fun! Plus it also has the fairest F2P model I have ever seen. Download it for free (that’s a given) and then that’s it. No IAPs, no pop-up ads of any sort, just opt-in video Reward Ads if you fancy a sneaky continue when it’s game over. Plus you can always choose to spend coins instead of watching an ad if you’re a little impatient and 30s seems too long for you 😀

Now back to the game play, I started playing in Classic mode but you can also choose Stages which contain different amount of columns/lanes as well as Random which has lots of multipliers and therefore easier to get a higher score. I like flicking between all modes as they offer a different challenge and keep the game fresh.

Classic can see a little bit repetitive but I see it as the option for the purist gamer and I like that. This mode starts with 2 columns/lanes and you must collect the target amount of skulls to progress to the next level – by teleporting up! As you progress more columns get added, up to a max of 6 (from what I’ve seen), some levels have boundaries where other levels have lava pits, so one wrong move and you’re toast. Bonecrusher also has an awesome spin, literally, up it’s gameplay sleeve. Certain levels will start to rotate about 45 degrees, thankfully quite slowly and this can be really off putting, which of course is the idea, but it’s such a clever idea. I urge you to download it just to see what I’m on about.

Now I haven’t even mentioned the powerups (or powers as they are labelled) which can be purchased with the coins you collect (you’re awarded 1 coin per skull which is also very fair, a lot of games simply give you coins every now and again). You can choose from a helmet to take the edge off the first collision, a magnet which needs no explanation, a double coin item (which lasts per level), a jetpack to prevent you falling in the lava and lastly, X-sense which acts as a detector giving you a heads up when a column is about to drop. Phew!

The developer has really maxed out the ideas and execution on the casual, highscore chasing, arcade, quick reaction genre. If we had a game of the month here on Snappzilla I would vote for Bonecrusher.

After playing Bonecrusher a few times, the UI that I thought was ‘in my face’ has calmed down a bit and I’m really into it. There’s lots of little touches, like cool menu transitions which really spice it up – can you tell I like this game?

So that’s it, I urge you to go download Bonecrusher and challenge me in Game Center.

My top score in Classic mode without the use of powerups or a continue is in the video above. Post your scores in the comments below. Happy Crushing! 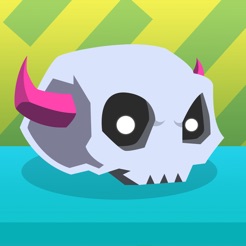 Here’s my hi-score on Random Mode: 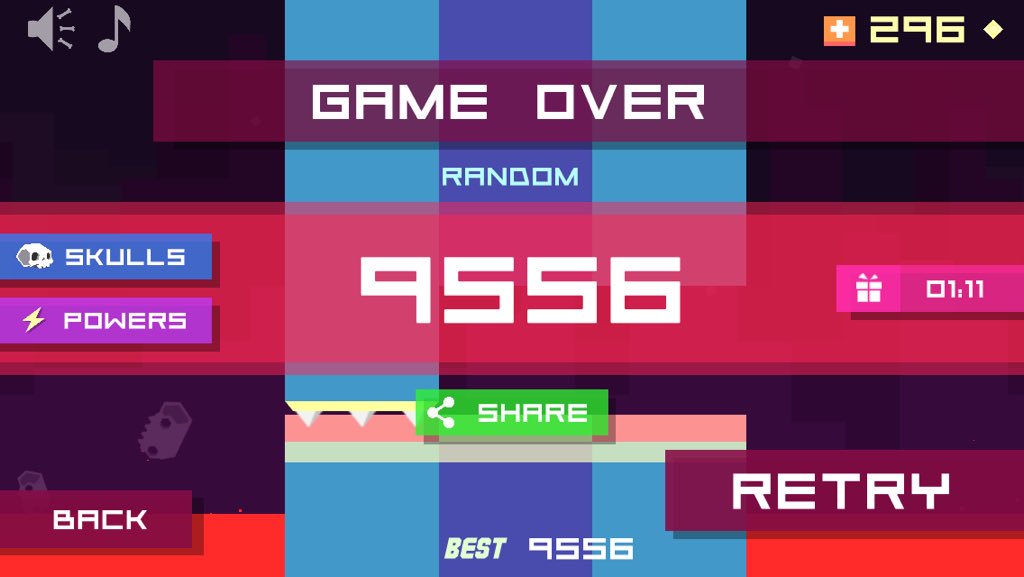