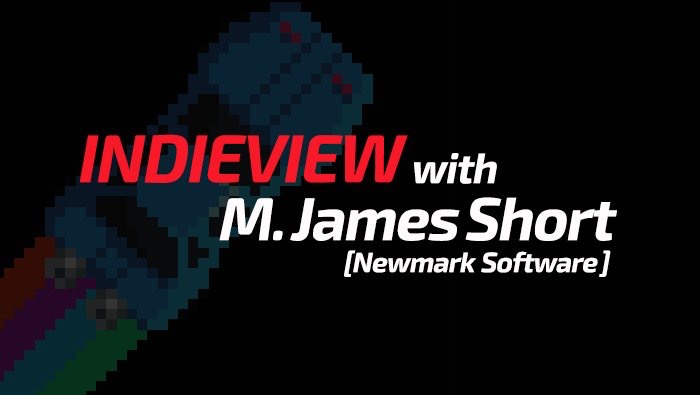 Yesterday I had a chance to virtually sit down with M. James Short of Newmark Software. MJS is the indie developer of newly released mobile game, Chrome Death. He’s also from Michigan, so he gets “cool points” for that. So, without further delay, here is my Indieview with M. James Short. – @hashtagNOEN

For those that don’t follow you on social media, tell our readers a little bit about yourself.

I’m an indie game developer located in Austin, TX. I cut my teeth on the gamedev the last couple of years making small jam games. You might remember me from King Candy Crest Saga Presented by Microsoft Publisher 98 and Chevrolet or ARNOLD GETTING KICKED IN THE BALLS IN TOTAL RECALLL. After putting out around 20-30 jam games in a year and a half, I started focusing on bigger experiences.

So, you released Chrome Death earlier this year on the App Store. How did the launch go?

It was pretty disastrous. I really wanted to take this small minimal experience and flesh it out with cool features like putting your friends in the game for you to challenge but I really underestimated Apple’s Game Center bug. About 35% of players who downloaded my game on the first day it was featured in the US Appstore were affected by the bug and couldn’t get past the loading screen. That then lead to negative reviews which then lead to less people downloading Chrome Death while it was featured. It’s a snowball effect.

If I reach out to Apple about getting featured again for an update, they look back at how you performed when you were featured last time and take that into account. I also blinked on monetization and really suffered for it. I had small opportunities for players to watch ads and receive cool stuff in-game but I didn’t explain it well. I’ve been releasing updates on a monthly basis to try and fix most of these issues and I’ve been pretty successful so far. I also have an awesome fan base. I can’t say enough great things about my players. Even the players who checked out Chrome Death and didn’t like it.

I love all feedback.

At the same time, during the first week of release in the US, Chrome Death was in the top 70 Overall Apps, 21 in Overall Games and 7 in Action. It was the number 1 racing game in Canada. More people were downloading Chrome Death than Clash of Clans, Tinder or any of Google’s apps. While it didn’t necessarily make the money I wanted it to, the game was a success for the people on the team. I also had an abnormally high amount of people who kept the game installed weeks after install.

It’s important to recognize your successes as a developer. It’s too easy to see the imperfections in your creation and be caught up in all the things you know are wrong with it.

Players love Chrome Death. And I appreciate their support.

How did you get the idea/concept for the game?

This is actually the first game I ever worked on. I started it in 2013. I really wanted this simple, one-handed experience that you could enjoy on a bus, waiting in line, a doctors office, etc. Just something you could bust out and play for a minute or two and then move on. Those are the types of mobile games I keep on my phone and keep coming back to.

But I also wanted it to have a rad aesthetic and awesome music. Luckily I was able to get Lux to do the art. Her work is fantastic, she’s great to work with and was super attuned to what I was going for with the game. Anything she touches gets taken to the next level and it was a boon to have her on this project. VHS Glitch also turns anything he touches into brilliant gold. His music laid down the vibe that enhances Lux’s art and helps tie the whole package together. Rounded out by Jocelyn Reyes awesome sound design, Chrome Death is really the fruition of those ideas back in 2013.

I see that you’re still releasing updates for Chrome Death. Are there any other projects your working on?

Chrome Death on Android just came out today alongside a big update for iOS. At the same time, Den vänstra handens stig just got Greenlit and I’m working on a secret unannounced passion project with my favorite artist.

Finally, I’m still working to finish July Ends a small game about dealing with the grief of losing my best friend.

Wow! Congrats on all of that! I originally thought this was your first game on the App Store, but apparently it’s your sophomore title. Now that the game has been out for a few months, what’s your take on the mobile gaming industry? Is there anything you would have done differently?

This is actually my second game! Hyperemesis Pizza, which came out last year for iPad (and is currently free on the Appstore) was my first. It’s one of my favorite games I ever made and has a killer soundtrack by the esteemed Dave Shumway.

Hyperemesis Pizza is actually my take on the mobile game industry and I’ll leave it at that.

For what I would do differently, a lot. I want to experiment and explore. I really believe in mobile but still want to be able to express the initial passion that brought me to game creation. At the same time, I would like some of my work (especially work that involves a team) to be financially successful. Really finding that sweet spot between success and not losing is what makes my work interesting and is the next unknown I’m trying to conquer.

Last, but no means least. With Snappzilla being a site “for gamers, by gamers”, do you play video games yourself? If so, what is your all time favorite game?

That’s a question I could never answer. Games aren’t like beers where you can just say “Milwaukee’s Best Ice is the best beer” and be done with the conversation (it is the best beer by the way). Games are more like children in that they’re ugly and weird looking when their born, every parent wants you to look at pictures of them and pretend they’re cute and hopefully someday they mature into something awesome. I couldn’t pick just one, but here’s ten awesome games: Shadow of the Comet, Daggerfall, Gabriel Knight: The Beast Within, Pony Island, Planescape Torment, I Have No Mouth and I Must Scream, Rising Zan: Samurai Gunman, Not Another Minions XXX, Skate 4.

Haha. Yea, I guess I should have said, “What are some of your favorite GAMES?” By the way, it’s Rolling Rock all the way for me.

Thank you for your time M.James. Good luck with your upcoming projects and Newmark Software.

(FYI, MJS’s game, Hyperemesis Pizza will be FREE on the App Store for the next couple of days following today’s Indieview.) 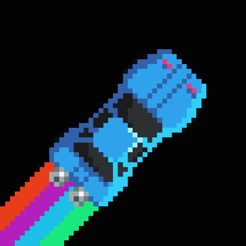 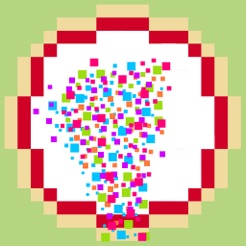