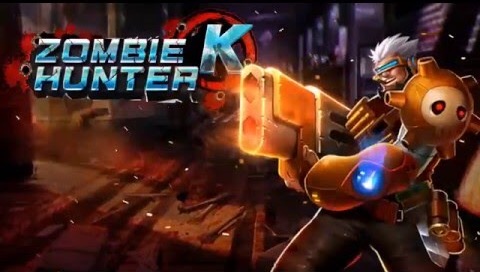 Zombie Hunter: Death to the Undead 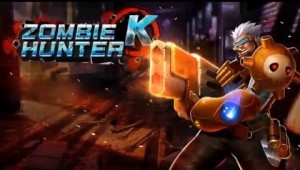 Zombie Hunter is a side scrolling arcade shooter that’s kind of in the style of the Metal Slug series. I absolutely love these type of games on the iPhone and iPad. They just seem to work so well in my opinion. So, of course I had my hopes up a little (again) when I saw this one in the App Store.

I’m going to try and be as fair as possible with this game even though I don’t agree with the pay style shenanigans. (More on that later).

Zombie Hunters describes itself as an “arcade style zombie shooting rampage” which pretty much nails it. It’s pretty much you (a mercenary of sorts) going through tons of levels blowing holes in zombies. There is no aiming in the game. You basically just hold the fire button and move toward the zombies and the bullets do the rest. It’s still pretty fun though. There are TONS of weapons in this game too. Everything from knives to flamethrowers to personal drones that can all be upgraded. I mean, its arsenal overload!

There is some light platforming in Zombie Hunter which helps change things up. There’s also a bunch of different modes ranging from Survival to “Kill Fest” with “more levels then wrinkles on your grandpa’s face”. I’m telling you, there definitely is a lot of content here and it all looks pretty good in its pixel art wrapping. Blood and guts fly from the zombies when you shoot them, the level design is done fairly well and looks like a pixely post apocalyptic world. Yoda1 did a good job with the soundtrack also. The different guns all have their own sounds, the bullets hitting the zombies are heard with a nice thud and a splat. It’s really a decent game……..at its core remember.

This has been a pet peeve of mine for awhile. Now, I don’t mind F2P (free to play) games at all. What frustrates me is when developers hide a F2P game inside of a paid game without any warning at all. It just seems “sneaky” to me.

That brings me to Zombie Hunter. When reading the game description, everything screams that it’s a “premium” game. Especially the fact that the game has a $1.99 USD price tag. Everything leads you to believe that your buying a premium experience. So, I was pretty shocked when I opened up the game and saw F2P mechanics in all its glory. There is dual currency. Coins and gems with gems being the “premium currency”. Then there are timed events, random drawings, prize machines and sign-in rewards. Those things aren’t too bad. You sometimes see that stuff in paid games, but it’s rare. Of course everything is geared toward the player purchasing gems. There’s also the crazy upgrading and “enhancing” of items that need “enhancing stones”. There is so much under lock and key and can’t be obtained without gems or stones.

What got me the most was that there is a “VIP” status that everything cool is hidden behind and you don’t even get VIP status for buying the game! You need to buy at least 100 gems just to become the first tier of VIP! Yes, there are SEVERAL tiers of VIP.

The game itself would be a good F2P game. I didn’t have too many issues. I did have an problem with the game saying that my device’s clock was off (which isn’t), the game is pretty solid. I just can’t recommend Zombie Hunter at its current price. I’m guessing it will go free in the near future though. You can check it out then.