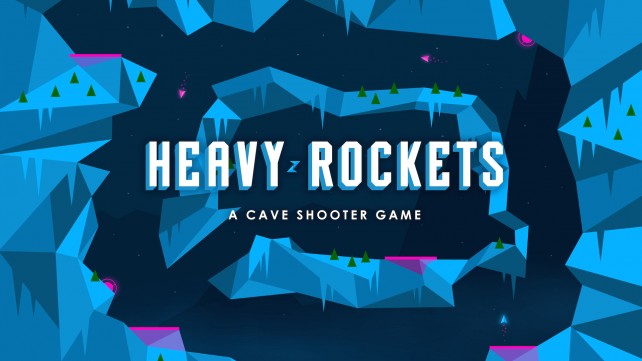 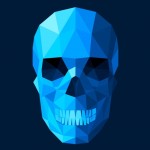 I had some high hopes for Heavy Rockets when I first saw it in the App Store. I loved the art style and the fact that it was a racing game AND a dual stick shooter. What could be better?? Hmm….

The game itself is a beautiful mix of cave racing and arena death matches. The artwork and colors are really nice and the controls work well. I do wish that there was some kind of tournament instead of just racing different tracks, but it’s not a deal breaker in my opinion. What really hurts this game is that it’s a “premium” game at $1.99 USD and yet it feels like it was made to be F2P (free to play). There is an upgrade system that costs “gems”, yet you don’t get any for winning races. The only thing you get gems for is in battle mode and it’s VERY slim. I was averaging one to two gems per battle.

Now, let’s talk about the power-ups. They are locked and need to be opened and upgraded with gems. The minimum to unlock a power-up is 60 gems. Well, when you’re only making a gem or two during battles and none during races, how’s one supposed to get them? By watching videos and buying an IAP to unlock all levels and power-ups for $0.99USD.

The extra buck to unlock the power-ups is fine. That puts a decent game at $2.99USD, but the power-ups still need to be upgraded, so we’re right back at square one. Plus, all the arenas are unlocked now, so there really isn’t much of a challenge. There also is fuel, nitro, and weapons that all wear down while playing and all cost money to refill. You can “dock” your ship during play and refill fuel, but it’s tough and that’s all you can refill. You can see where I’m going with this right? Everything circles right back to the almighty gem.

I know most of this review/rant has been me harping on the pay model. It’s just frustrating because the game isn’t ALL bad. Like I said, the visuals are beautiful and I like the game at its core. Sure, the UI could be a little better and it would be nice to be able to change the colors of your ship because it tends to blend in with the other ships, but they are minor issues. I’d really love to see this game updated and fixed. It has real potential, but as of right now, I just can’t recommend the game as it is. It just has that feeling that it’s going to go F2P at any day and the early adopters will get left behind.