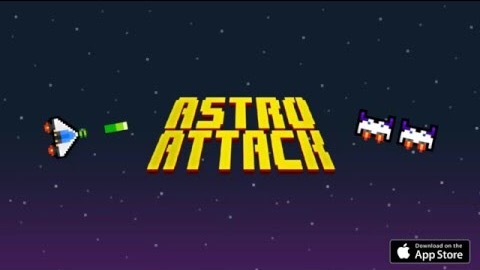 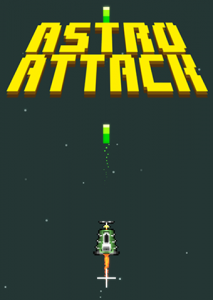 The one thing I can say about Astro Attack is, why hasn’t this been thought up before?? It’s genius! With the whole, fast paced/one touch/high score chaser/character collecting phase that’s been going on lately on the App Store, I’m surprised that nobody has created an old school endless shmup (shoot em up)…….until now!

Astro Attack is pretty much like an endless game of Galaga. You get one life to shoot down as many enemies as you can (in true Galaga fashion). Enemy ships will drop different power-ups to help you along your way, while some will drop off coins for you to collect. Once you reach 200, you use it to open up a box of Astro Puffs and get one of many different ships that you can collect and use on your other runs. (No gumball machine here folks!) There’s all different kinds of crazy ships too. I won’t give any away “Ahem, Power Glove”. There are also mission to beat to help you with getting those oh so rare coins and you can also watch ads to get coins if you don’t feel like working for it. There’s also GameCenter leaderboards for the competitors out there.

Definitely check this one out next time you’re on the App Store.