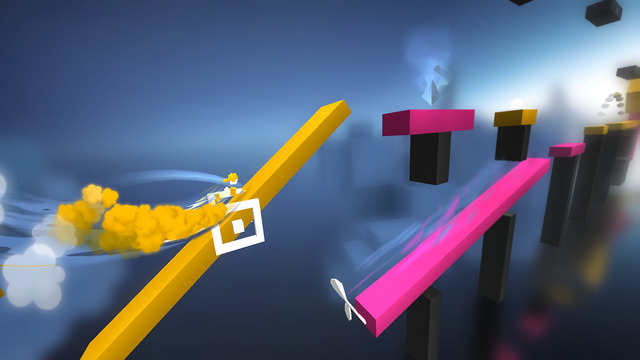 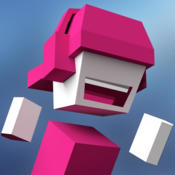 Chameleon Run is a fast paced auto-runner with some platforming elements. It’s more of a completionist’s game than anything.

Each level has a three star rating and each star is a different objective in each level. The game has you running down different platforms separated between two colors. In order to run on a platform, your character has to match that color, you do this by tapping the left side of the screen to change between your two colors. (Right side of the screen is your jump.) Landing on the opposite color is instant death. I will say the game gets fast. REALLY fast. It had me actually sweating while playing!

The different objectives made the game a little more enjoyable for me, but it still wasn’t enough to keep me wanting more. Chameleon Run is a solid title, but for some reason it didn’t hook me. There wasn’t much else to the game besides running.

I’d say if you’re a fan of speed run games, then this might be up your alley, but if your just looking for a new platformer, then buy at your own risk.