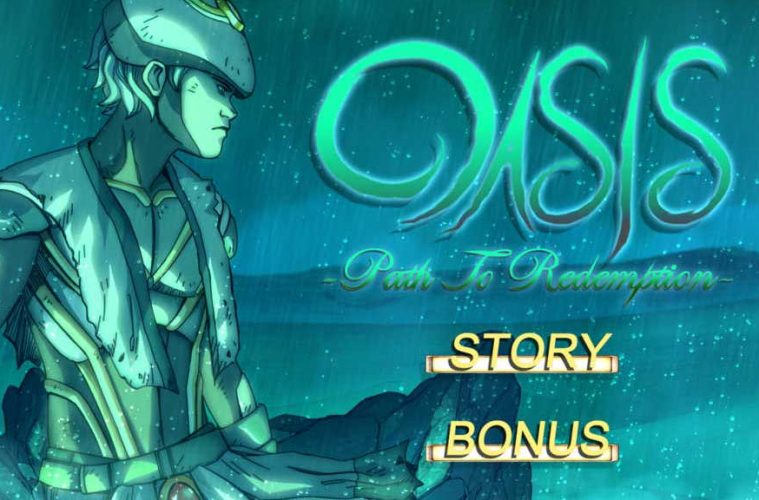 With so many great games released on the App Store on almost a daily basis, our backlogs tend to keep growing and growing. And it’s easy to forget about games that you put on your “wish list” to get at a later date, or that get bought and tucked away in one of your many folders on your device, or that just plain get overlooked all together. That’s what the iOS Attic is all about. Dusting off old devices that were tucked away in some drawer up in the attic and taking notice or reliving memories of older games that most of us ended up forgetting about or possibly never even heard of.

The game I dusted off this time around is Oasis: Path to Redemption by Steve Uy. Oasis released back in December of 2013, which is fairly old by mobile gaming standards. I don’t think it got much attention when it released. It didn’t make the charts, or get featured on the App Store or anything. It’s a shame, because this game was excellent and it still holds up today.

Oasis was a work of art. It was all hand drawn artwork and the soundtrack was amazing! I’m serious. The background track to this game is still probably the best track that I’ve ever heard on a mobile game.

Your character is the last survivor in a barren wasteland and he’s on a quest to find the Oasis so he can bring back life to the dead world. You start out your journey with nothing but a sword. You can’t jump, you can’t block, all you can do is kill and killing is what you’ll do!

Let me jump back for a minute and explain the actual game itself. Oasis is considered a “story-based finate action RPG battle runner” in its description. You know, the old “SBFARPGBR” genre. It’s actually got a pinch of ‘roguelike’ in it too. Like I said, you start off the game with nothing more than an attack move. Your character is automatically running the entire time. Eventually you will meet up with different spirits that are trying to stop you. Tapping anywhere on the screen attacks. Here’s where things get tricky. Hopefully I can explain it well….

As soon as you start, there is a timer counting down at the top of the screen. Once the timer reaches zero, you die and have to start the game over, but there is also a stamina bar at the top of the screen. When you’re running, your stamina goes up. Once you max out your stamina bar to 100%, the timer will stop counting down. The thing is, any move you make takes away stamina. That means attacking, jumping, blocking, ect. It all uses stamina and the lower your stamina percentage is, the faster the timer counts down. So you can’t just run through swords blazing. You will eventually just run out of time and die. You have to think ahead and be precise with your moves because the more the timer stops, the farther you get. Hopefully that all makes sense.

Your going to die in this game…….a lot. It’s all about how long you last and how much damage you take that factors how much experience you get at the end of a run. You use that EXP to purchase different moves, strengthen your abilities, and even add to the timer and stamina bar. This is where the pinch of roguelike is sprinkled in. You are always starting from the beginning of the game after you die, so the more you upgrade everything, the farther you will get each time. It’s definitely a grind, but it’s a good grind and the game does have an ending, so there actually is a goal to work toward.

Like I said, this game is a work of art. There’s so much more that I couldn’t even get to. It’s games like this that make me really appreciate mobile gaming. It takes a really good game for it to stick out after a couple years and a couple thousand games. I actually started a new game up the other day and I’m happy to say that it still runs flawlessly on current OS.

Well, thank you for taking a trip down Memory Lane with me. If you haven’t played Oasis: Path to Redemption yet, I highly recommend you do. There is even a “Lite Version” of the game if you want to try it out first.

Until next time,
Keep looking in the attic.