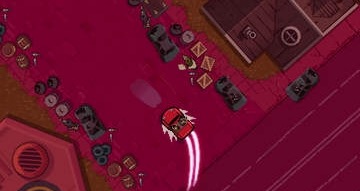 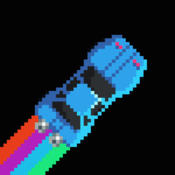 Chrome Death is a little different than I originally expected from looking at the screenshots. I was thinking it was going to be a full fledged racing game, but it’s not. That doesn’t mean it’s bad though. It’s actually quite good.

I guess you could describe it as a “reaction game”. Your vehicle is speeding down different roads and when you come to an intersection, you only have one was you can turn. That’s where your reaction time comes in. You have to tap on the left or right side of the screen depending on which lane is open at each intersection. It’s a simple mechanic, but it’s done very well. I definitely love the whole 80’s vibe the game has going on too. Pastels and synthesizers. Mix those two with great pixel art and several different vehicles to unlock and you have yourself a “rad” game. Also, the developer has been very committed to perfecting the game with testing and updates. Definitely check this one out.