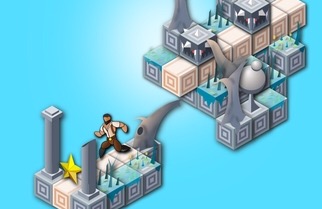 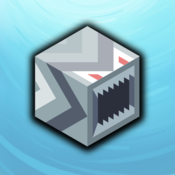 Jump Legends is a runner of sorts with your character running towards you at an angle instead of away from you.

It’s got an odd theme going for it with a hand drawn cartoon looking character running on a blocky mosaic looking background. It’s just weird to me. As far as gameplay goes, it’s just a single tap game. Tap to jump and tap/hold to jump higher. It’s pretty much a high score chase – just get as far as you can without dying.

You collect stars and buy different characters, but they seem so far out of reach that I didn’t even try. It’s an alright little game, but didn’t have enough substance to keep me interested for more than a few minutes. I felt like I was forcing myself to play for the sake of this Snapp Review.