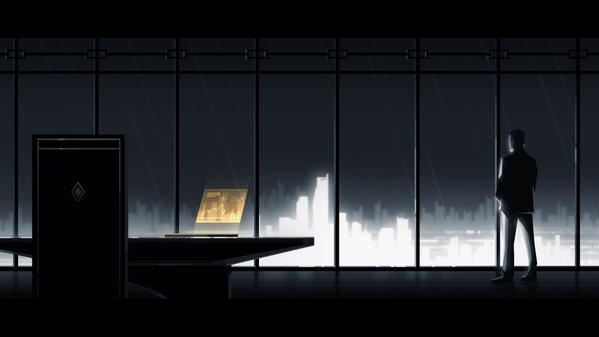 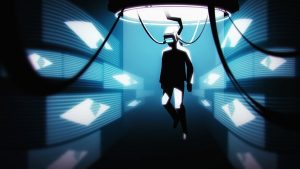 Into Mirror is still in its very early stages. There are only 3 finished levels and the game isn’t able to save your progress yet. It’s pretty much a demo right now, but what from what I’ve been allowed to play, the experience has been awesome. Into Mirror is a story driven side scrolling action game. There are some platformer elements, but for the most part, your fighting and shooting your way through stages.

The artwork is what originally caught my eye. With it’s dark tones and clean lines, it’s simply beautiful. It’s like straight out of a comic book.

The controls work well from what I’ve played. It’s the usual on-screen controls that you would normally see in side scrolling games. Move left and right by pressing the corresponding buttons on the left side of the screen and on the right side you have jump, attack, and shoot. Nothing revolutionary, but it works well. I’m not sure if MFI will be supported at a later date or not, but I’ll keep you updated.

There is also an upgrading system. The more you fight and farther you go, the more experience you gain. The more experience you gain, the more you can level your character up. You know how it goes. I love when developers add things like this in a game. It can change the entire game up and make it different then the next person might be playing. It leaves a little more in the hands of the player.

Although my time felt short with Into Mirror due to it still being in development, it was a great time. The story was intriguing, the artwork and music sunk me in, and the controls gave me zero problems. The main character felt a little “stiff” while walking, jumping, ect, but it didn’t seem to bother me at all. Definitely keep an eye out for this one when it gets closer to release. I’ll keep you posted.